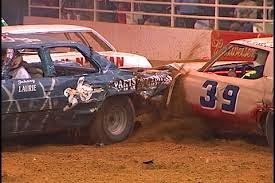 (736 words)
I ran into a really great guy a few weeks ago while on my way to lunch on Pittsburgh’s South Side.

Let me be more specific.

I ran into a really great guy’s car.

I try and maintain humility about most aspects of my life. Save one: I’m one bad mofo when it comes to parallel parking -- and I mean that purely in the Samuel L. Jackson way where bad is good.

I’m very cocky about my abilities to deftly pull my 15.08-foot 2007 Saturn Vue into roadside spots so slim timid Volkswagen Beetle drivers would pass them up for roomier opportunities.

I pull even with the forward car, cut the wheel, goose the gas, cut the wheel back in the other direction and slide that big old Saturn in the narrow vacancy with the kind of leftover space that would cramp butterfly wings.

And that’s what I did.

But on this day in this tight spot, I miscalculated.

I bumped the front fender of the Toyota behind me. Not hard, mind you. I doubt a dashboard cup of coffee would have tipped and certainly not hard enough to do any damage.

But there was a witness. And the witness was the vehicle’s owner. He looked about 30 and fit, the kind of guy who didn’t drive Beetles but could bench press them.

I rolled down the passenger side window and apologized. “I’m so sorry. Is there any damage?”

He gave it a quick appraisal.

As he pulled out and drove away, our eyes met and he gave a little wave which I returned.

But the look he gave me said so much. And here’s what I think it meant:

“This world is full of angry and vindictive assholes, but you and I aren’t among them. We just dealt with a potentially explosive situation -- the kind that often on city streets leads to gun fire -- with clear-headed reason. Conflicts would diminish if more big-picture guys like us were running the world. Farewell, my even-tempered and unmet friend!”

I was with my irascible friend John from New York. I told him to get out of the car. I was going to go after the guy whose car I just hit because I think he’d be a better friend.

But John didn’t budge and now I’ll forever regret not pursuing that refined gent in the crappy Camry.

Imagine how different our days would have gone had he pointed out some minor dent. Maybe I’d have asked him to prove it hadn’t already been there.

What if he’d have been driving a sportier car?

Maybe we’d have gotten into a shoving match. Maybe he’d have wrestled me to the ground and begun using my ears as handles to repeatedly smash my bald spot against the Carson Street sidewalk.

John, I’m sure, would have filmed the beating and uploaded it to YouTube complete with invitations to leave snide remarks.

So I’ve spent a lot of time the last month or so considering the dynamics of the situation and here’s what I’ve concluded: The world would be better off if everyone drove a really crappy car.

My Saturn is 7 years old and is doggedly huffing its way toward 120,000 miles.
My wife out of the blue remarked on it just yesterday.

“You know, that car of yours is really reliable,” she said. “It’s dependable, still rides comfortable and performs well in the snow.”

I confess to feeling a flash of jealousy. Married now 18 years, she never says anything like that about me -- and I like to think I perform well in all weather, too.

But her point is apt.

I have many stresses in my life, as do you, I’m sure. But one of mine isn’t my vehicle. I don’t care if it gets dirty or dinged. I don’t obsessively peek out the window to ensure nobody’s parking too near.

It’s just one of my life’s little utilities, something which I count on but feel no undue affections.

It bestows feelings of peace, not pressure.

And it’s great to know if I ever run into another stranger on a city street we may hit it off in ways that have nothing to do with flying fists.

Someone keyed my car! Suspects abound

Vegas: Dream racing my 5-minute Ferrari
Posted by Chris Rodell at 10:55 AM