I have work to do 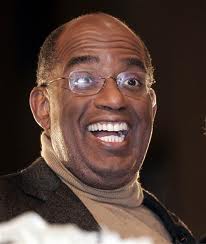 It’s two days ‘til Valentine’s Day and I’m in love. I want to send flowers, write sappy poems and tell my darling sweetheart about the tender feelings our coupling inspires.
My wife?
That’s a given.
But this isn’t about my betrothed. This is about the one that will maybe one day allow me buy the tangible things for Val that words, the impoverished blogger’s cheapskate gift, can’t convey.
This love letter is dedicated to msnbc.com.
Isn’t she lovely?
I might be the only man on earth who considers a corporate media monolith cuddly, but such is the circumstance of the last three years.
It was a time when I felt unloved by anyone with the power to sign a paycheck.
Since about 2007, I’ve steadily been depleting my life savings and groveling for any rare paying assignments that would allow me to keep my nose just above the water.
I’m not ashamed of that. I know many talented freelancers who just up and quit.
What they’re doing instead, I do not know. I know of a book about the pitfalls of freelance writing called, “Too Lazy To Work, Too Nervous To Steal.”
I remember it so well because it suits me. I love telling stories about interesting people and places. It just doesn’t pay all that much.
I know people who work very hard at difficult jobs that rule their lives.
The world needs people like that.
But it also needs people like me. Ambition-free men and women willing to on occasion rise from our hammocks, survey the world, comment on what we see and plead, “Won’t SOMEONE for the love of God fetch me another pina colada?”

For reasons I can’t fathom, the endeavor doesn’t pay all that much.
That’s why I’m so tickled that, thanks to an old friend, I’ve landed what seems to be a really reliable gig with a prestigious news outlet, millions of readers and decent pay that shows up on time without the indignity of unseemly hassling.
Given what you know about me, can you see why I’m stricken with romantic feelings every time I see guys like Al Roker and Brian Williams?
In the past 10 weeks, msnbc.com travel has run eight of my features, often with prominent top of the page display. They ran three in just the past week.
And I have six fresh assignments waiting for me to dig into.
I wake up in the morning and, gee, I have something fun and productive to do.
It’s all thanks to Facebook. Sure, what they helped bring about in Egypt was nifty, but finding me work might be more historic.
I buddied up with Bill Briggs with whom I was a young reporter at the now-defunct Nashville Banner back from about 1985-1989.
It was a magical place to learn the craft of news writing and storytelling. I still have so many great friends from there and the memories of the fun remain vivid.
Today, Bill is traveling the country promoting his book, “The Third Miracle: An Ordinary Man, A Medical Mystery & A Trial of Faith.”


He also contributes wonderful travel, health and business stories to msnbc.com. I’m unclear as to how the connections were offered -- I don’t think my begging was too unseemly -- but he put me in touch with three friendly editors there.
I didn’t realize how much I missed the pulse of writing for a daily news outlet. I’ve spent much of the past 10 years writing for magazines that publish six months after the story’s been accepted (and pay about two months after that).
It’s a terrible grind.
True story: I wrote a 2,000-word assigned story for the world’s biggest men’s magazine in August 2008. They paid me, but the story has yet to run. I heard from the editor this week. He says it’ll appear this August.
The topic? The importance of being patient.
I swear to God.
Now, my stories are appearing so rapidly I hear from subjects before they hear from me.
Even better, the editors hunger for fun, offbeat topics that aren’t too different from what I explore here on the blog.
For instance, when the news outlets were all fired up about stories involving invasive TSA pat-downs I knew there had to be about 1,000 people named Pat Downs in America.
I turned in a story idea: “What do Pat Downs think about pat-downs?”
The editor called and asked if I could have it to them in 12 hours.
It took me two hours.
That’s an indication of how I’ve hungered to work on fun stories with tight deadlines.
I’m having a ball.
So how can I thank my old friend?
I bought his book and intend to write some deservedly good reviews about the book that details how once-regular folks become saints.
The process is riven with as much seedy bureaucracy as majestic and is particularly timely as the scandal-plagued Catholic Church hurtles toward making Pope John Paul II the fastest man to become a saint in church history.
But I, of course, feel obligated to do something more concrete, maybe a restaurant gift certificate so he and his wife can enjoy a nice meal. Too bad he’ll have to wait until about 2015 for that.
Despite the boost in productivity and income, I’m still feeling about Eight Days To Amish.
I’d intended this to be a story about the stories behind the stories, but this got away from me. Maybe some other time. But here are some links to recent features they’ve run.
I think you’ll understand why I’m having so much fun.
• Ray's Pizza  . . . http://tiny.cc/zns40
• Welcome to Mars, Pa.! . . . http://tiny.cc/3kder
• What Pat Downs thinks about pat-downs . . .  http://tiny.cc/oxubn
• Upscale ice fishing . . . http://tiny.cc/4ndko
• A little love for Intercourse, Pa.  . . . http://tiny.cc/tkwpb