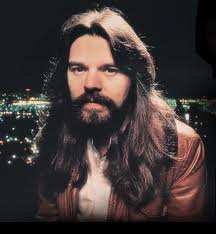 I may be hallucinating but I'm pretty sure the Beatles are now on iTunes. Seems like I saw 100 commercials, brief, old b&w videos of them in the recording studio and then the familliar iTunes logo.

Yes, Dr. Yogurt, you are correct, as I do note. I'll bet Seger is the last most notable hold out. It's taken the Beatles nearly 50 years.

How long will it take Seger?

Maybe its a Michigan thing but I still listen to Seger regularly. I have 2 of his albums, actual albums and 2 more cds. I guess I just didn't realize he wasn't on Itunes. :) Who needs to download when you have it already?

Thanks for the trip down memory lane.

Thanks, Tia. I don't think it's exclusive to Michigan. I think we just hear so much of him that we don't need too fast of a fix. He's so good. He never had a slump.

And you still have a turntable? That's old school. I enjoy the portability, but have no affection for music the way I did for albums. That was love.