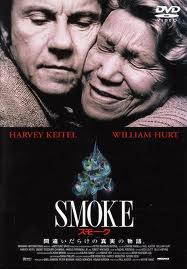 I had my stand-offish Sunday morning face on. I hadn’t showered and didn’t want any human interaction other than that six or so words I’d exchange with the clerk where I buy gas.
I finished pumping, crossed the parking lot and pulled open the door to the local Sheetz convenient mart.
It was like I walked into a one-man surprise party and I was the guest of honor.
“Bill! Hey, Bill! Man, is it good to see you!”
I looked around. I was all alone. I was Bill.
Now careful readers of this blog know I am not Bill and have never pretended to be Bill.
But the elderly stranger who thought I was Bill was thrilled to see someone he was convinced was Bill.
He was probably in his late 60s. He had a very kind face that was enlivened by seeing what he thought was an old friend. He had his fist salute extended and was waiting for me to bump knuckles.
I realized I was in a common social predicament. He’d confused me with a good friend.
He looked coherent, but who knows? Maybe he was one of our numerous village idiots. I’m friends with most of them, but they are accumulating like snow these days and it’s difficult to keep track of them all.
What was I to do?
I raised my fist, gave him my warmest buddy-buddy greeting and said, “Hey, how the hell you been! You look great!”
And he did. He looked like I look when I’m driving down the road and hear John Fogerty and Creedance singing, “Doo! Doo! Doo! Looking out my backdoor!”
He was delighted.


My still-slumbering mind was racing through dozens of calculations. What was the risk here? Should I let him down gently or play along? What if the real Bill walked in?
You can converse with a stranger for about 90 seconds of generic conversation involving some form of the question, how are you?
Then the gentleman upped the ante. He wanted to know how Bonnie was doing.
We’d reached a turning point. I was left with a choice of either backing down and, perhaps, ruining the splendid start to his day or pushing another stack of lies to the center of the table.
“She’s great! Just finished all her Christmas shopping. Her mom slipped on the snow last week, but she’ll be all right.”
He was sorry to hear that. He asked me how work was going, allowing me the opportunity to venture into a rare burst of honesty.
“It’s been slow, but things are turning around. I’m optimistic better days are on the way.”


The guy at the counter was buying lottery tickets and the other clerk was fetching change. My high-wire act couldn’t endure forever. C’mon, let’s get those registers ringing.
“And how about Mark? How’s he doing?”
He was a family guy so I figured Mark was my son. I know kids today have their problems, but it was the holidays. I wasn’t going to ruin his day by telling him Mark’s in rehab.
“He’s great. He’s up at Clarion University. He wants to be a veterinarian.”
This pleased him. He had fond memories of Mark.

The guy at the counter was putting his change in his wallet and I was hoping Bonnie and I didn’t have any more kids.
Finally, it was his turn to pay just as the other clerk stepped up. At just about the same time, we both realized our little holiday was over. We looked each other in the eye and put our right arms around the other’s left shoulders for brief man hugs.
It was a beautiful moment.
We wished each other a Merry Christmas and I told him I’d be sure to tell Bonnie he’d said hello.
It reminded me of the final scene of the great 1995 movie “Smoke,” in which the Harvey Keitel character tells the William Hurt character about an encounter he had with an elderly blind woman who thought he was her nephew. He wound up staying for dinner. Hurt thinks he made it all up, but as the credits role they show the scene he recalled as the Tom Waits’s song, “Innocent When You Dream” plays.
It’s magnificent.
I thought about the right and wrong of what I’d done as I drove home. I’d told a slew of lies to a kind-hearted gentleman who may one day wind up very confused next time he sees Bill or Bonnie out getting gas.
But I think my bigger sin was not the lies. It was the size of them.
They were all too small.
I should have told him our bowling team won the league championship, that Bonnie had a book of poems published, her mom had won the state lottery and that Mark was studying to be an astronaut.
I should have told him they’d discovered a cure for cancer, the wars were all over and they’d discovered a way to fax leftovers to the hungry.
I should have told him that this Christmas everything was going to be all right.
Because, really, that’s what he wanted Bill to tell him. It’s what we all want to hear.
I hope even a fraction of all that happens.
And I hope Bill, Bonnie and Mark have a wonderful Christmas and Mark doesn’t ruin the holiday by drinking too much.
Posted by Chris Rodell at 11:09 AM

Love. LOVE. I cannot believe that you seriously stood there and pretended to be one half of Bill and Bonnie. This happens to me all the time – I have one of those generic faces – but I have never thought to go with it.

Next time someone calls me Heather, I'm going to invent some juicy divorce where Larry left me for little Ashley's kindergarten teacher.

Yes, it was invigorating. It was a split second decision. Had it gone on another 30 seconds he probably would have figured I wasn't BIll, but it worked out perfect. The guy really enjoyed seeing Bill.

I approve of your malicious spirit, too, Averil. That would be so much fun. But I'd advise you reverse it. Heather leaves Larry for her aerobics instructor.

He was riding home thinking...

Bill was always such a jerk, but today he was so nice... and wondering about Mark getting into college...imagine that...good for him, I always thought he was soooo dumb.

You probably made his day...

He went home and laughed with HIS wife... "got another one, yeah, with the Bill trick... why?... I was bored and this guy looked so grumpy..."

Good story, made me smile.

I added myself to follow your blog. You are more than welcome to visit mine and become a follower if you want to.

Mark, I'm positively charmed by your speculation. That would be a great subversive fun to spend the day pretending grouchy people are someone they are not. I'm going to have to remember that.