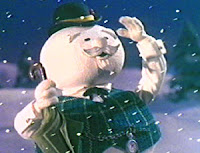 Besides, baby, it’s cold outside.
Posted by Chris Rodell at 3:04 PM

It has been beautiful, Char, but, wow. Enough's enough! I'm hoping we've turned a corner. We're in a melt for the next few days. Yippee!

Good to hear from you! Have a great weekend!

But brews can be stored in snow. Did you not know that?

Such as this picture: (might have to scroll down a bit)

Those are hilarious, Dr. Yogurt. Love 'em! Ah, beer, the inspiration of so much silly creativity.