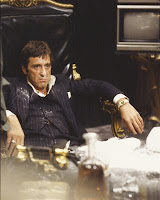 This is the 12th post of the 11th month of the second year I’ve been blogging. That makes this the statistically proper 225th post for an average of about 12.5 per month.

It’s significant in that it hints at solid commitment, like I’ve vowed to take on a job and stick to it. That’s something I stopped doing for purposes of actual income way back in 1992.

I try and write three times a week. I’ve never done fewer than 10 per month and once did 15.

Committing to writing a blog is like having a goofy imaginary friend with multiple dependency issues. You can’t abandon it for too long or it might die from lack of attention. But like having a needy friend, you spend a lot of time wondering if the damn thing’s holding you back from more productive pursuits and wondering if, geez, would anyone really care if the SOB just died?

I started blogging in May 2008 when there was no resounding outcry for my work. I started with zero readers, but did it to satisfy the myriad voices in my head, which is increasingly beginning to seem to me like that lawless border region where Osama bin Laden is thought to be hiding.

Like the Afganistan/Pakistan border, my head is populated by a diverse and often war-like collection of tribes that seem to sensible Western minds like they’re contributing nothing of value to the modern world.

I know some writers who say they hear voices in their heads that drive them to write, to create, to opine. The voices in my head say things like, “Psst, ‘The Price is Right’ Showcase begins in 10 minutes,” “Would you like today’s Happy Hour session to conclude at 6 or 9 p.m?” and the always-helpful grooming tip, “Time to trim the nostril hairs!”

The clear trend in all writing is to reduce coherent thought to microscopic declarations. Twitter is booming in popularity by capping each utterance at 140 characters.

I continue to languish in obscurity by writing many posts that exceed 1,400 words.

I make no apologizes. I come from a newspaper background where I was shackled to precise page one spacial penitentiaries. I remember working on deadline about a major cocaine bust for the old Nashville Banner.

I dashed off 10 concise column inches that told the tale with snappy dispatch. The frantic editor screamed he needed four more inches of story or else there’d be a gaping hole of white space on the front page.

I told him that was impossible. I’d exhausted every fact and anecdote about the arrest.

“Then, goddammit,” he barked, “gimme four inches on the history of cocaine!”

So, now electronically liberated, I refuse to bend to the Twitter tyranny. I’ll write for as long as I feel like.

I know I could do things that might increase the efficiency of the blog. I could employ a tracker to chart how many people are actually checking in and what interests them.

But if I found out most of my readers liked it when I wrote about sports, I’d have to deaden my brain with arcane stats and team trends.

Or if I found out most of readers cared about politics and considered me a Beltway-worthy pundit, then I’d be compelled to throw myself in front of a speeding bus.

Lately, I’ve been surprised to hear from a happy surge of readers who lead me to believe my constituency is composed entirely of people hooked on recreational hug drugs like Ecstacy. I’d never advocate such illicit consumption unless the drugs’ sole side effects was excessive gushing about me.

I understand it’s important to be concise, but every time I have what I think is a 350-word post, something inspires me to double down.

Like now. I thought I could get this out in 400 words and here I am pushing 800 yet again.

I don’t care. We’re all at liberty to write for as long as we care to or at least until the little voice in our heads tells us, “Pssst, ‘The Price is Right’ Showcase begins in 10 minutes.”

Until that happens, I’ll stop when I damn well feel like it or when it seems to make the most sense.

Hell yeah! You go type as many words as you wanna. I get tired of sports and politics very quickly. I come here for the talent.

Now that's the kind of flattery I'm talking about. Thanks, Char! Very sweet of you. I'll keep on keepin on. I hope you do, too!