The true facts on Ukraine 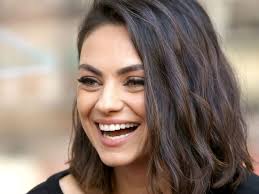 • The capital of Ukraine is Kyiv.

• The Ukrainian gross national product in 2017 was $112.2 billion (U.S.). It is known as the bread basket of Europe with its chief exports being sunflower and wheat.

• Borsch is the Ukrainian national dish.

These are certifiable facts. And certifiable is not to be confused with indisputable; we live in an age when everything’s in dispute. I post them in case you’re ever confronted by an obnoxious partisan and are eager to achieve a sanity preserving dodge to an argument.

This happened to me Friday in Flappers, the second floor Tin Lizzy bar I cherish precisely because of the unlikelihood anyone there will broach current events.

I stopped arguing about President Trump when it dawned on me how it’s impossible to change the minds of the mindless — and I include myself as being among the mindless. Nothing anyone can say will change my opinion from 2011 when I wrote, “Trump’s no jackass; he’s underqualified.”

You, I’m sure understand this.

The guy in Flappers clearly did not. He must have thought if he talked loudly and forcefully enough he’d change every mind in the bar. He’d make preposterous claims then punctuate the dubious statements with, “And that’s a fact,” as if that settled the matter.

And as he went on and on I was surprised to find I didn’t feel contempt, disdain or an unruly urge to smash a potted plant over his head.

He’s allowed himself to be poisoned by politics.

• Ukraine is home to the world’s second deepest subway station. The Arsenalna station at the Kyiv Metro is 346 feet below ground.

• The second verse in the Ukraine national anthem is:

We will give our souls and bodies for our freedom
And will show that we are, brothers, in the Cossack breed born!

I don’t know if Ukrainian women sing along with all the “brothers” or simply glare at them for the sexist exclusion.

I have friends who are disappointed I don’t take more of a lead role in bashing Trump, hinting that I choose to not do so because “Republicans buy books, too,” a notion attributed to Michael Jordan and his eagerness to sell Nike shoes to anyone with feet.

I think I’m being more practical than crass. See, I’m good friends with many ardent Trump supporters and see zero benefit to insulting the people who worship where I worship, who fix the brakes on my car or who work within spittin’ distance of my take-out food.

Most of them seem to tolerate me and find my company agreeable enough to continue to sit next to me and enjoy some refreshingly pointless conversation.

It adds peace to my existence, something the blowhard does not understand. He’s a very unhappy human being whose argumentative priorities ensure contentment will forever elude.

I’d try to tell him this, but he’s clearly spoiling for a fight — about anything — and I fear he’ll unholster a weapon and ventilate my torso if I were to impart a lesson on the values of homespun hippie happiness.

• The World Health Organization lists Ukraine as the 6th most bibulous nation on the planet, bibulous being fond of or addicted to alcoholic beverages.

• Ukraine is home to Chernobyl, site of the worst release of manmade toxicity …

I see so many people who are so poisoned by partisan politics they’ve made themselves incapable of simple human happiness.

As it so says in the Book of Proverbs 26:21, “As charcoal to hot embers as wood to fire, so is a quarrelsome man to kindling strife”

Not me. I remain hopeful we’ll get through this tumult, that fairness and reason will prevail.

And if I'm wrong I'll still be right.

And that’s a fact.

Well, not really, but you get the point.

The day Trump flew me to LA