Random observations on 'Annie,' book orders, Uber deaths & who we should kill first if we're serious about killing drug dealers 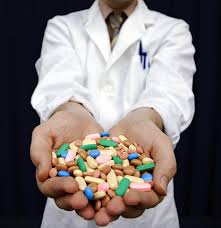 • President Trump’s vow to mete out the death penalty to drug dealers has me thinking of applying to medical school. I sense we’ll soon be in critical need of fresh doctors.

Because this opioid crisis wasn’t instigated by shady dealers in urban allies.

No, this crisis was spearheaded by esteemed doctors and pharmaceutical executives who correctly sensed enormous profit in anesthetizing people who suffered from depression, sleeplessness, lethargy and other side effects of being human.

• I thoroughly enjoyed watching our daughter Josie and her Greater Latrobe High School cast mates perform “Annie” this weekend. I’m grateful to all the performing arts teachers who put in so many long hours helping bestow discipline and poise in our children. It’s acting, yeah, but the skills and confidence these kids earn will help them succeed in many professions. Bravo!

• I feel default terrible about the woman who was run over by driverless Uber and reserve the right to feel less so if it's revealed she was distracted walking when struck.

As a friend of mine pointed out, this robo-car had a designated safety driver on board. It’ll be another sad irony if it is revealed that as the car struck the doomed pedestrian, the safety driver was updating his/her Facebook status to, “I'm riding shotgun in a driverless car!”

• Frontrunner for @8Days2Amish tweet of the month: “The pious nudist will always feel conflicted about becoming a man of the cloth.”

• Thrilled by all the friends who’ve pre-ordered “Arnold Palmer: Homespun Stories of The King.” This book is already doing so well I’m thinking of including the name “Arnold Palmer” in the title of each subsequent book.

If this book succeeds the way I hope it will, my career is set. I just have to move in next door to another beloved American icon and spend the next 25 years ingratiating myself.

• One quibble about “Annie” performance: The starring dog got way too much attention. Apparently the dog, “Sandy,” is a big deal and has performed the role on Broadway. La-de-dah. It’s one of those canines that behaves as if all the real dog has been trained right out of it. It acts like a dog would act if it were controlled by Uber.

It’s maybe the one time I’d have rather had my stupid dog Snickers instead of a well-behaved dog. Oh, what fun it would have been to see these bright students improvising around the noisy mayhem of Snickers loose on stage.

• I wonder if the Uber car honked the horn before it ran over the woman. Think of all the things self-driving cars won’t need when they ditch human drivers. You won’t need mirrors, headlights, seat belts, fancy dashboards or even steering wheels. The car of the future will be like a rolling living room where we all sit around talking about how cool it used to be when cars were cars.

• I’m grateful to all who’ve shown interest in the “Homespun” book. Special thanks to friends Bob and Diane in Lake Wales, Florida, for ordering 12 books; 6 “Homespun” and 6 a combo of “Crayons” and “Last Baby Boomer.” I’m particularly pleased whenever anyone buys or says something nice about “Boomer.” It gets precisely the kind of reaction writers dream of when they’re working on their first novel. It hasn’t earned a wide readership, but I’m convinced it one day will. It’s my most proud professional achievement.

• From what I hear from heartless friends, one of the more controversial parts of Trump’s opioid plan is the part that involves saving lives of dying addicts. I know many people who are adamant that we should let overdosing addicts expire rather than bless them with a nasal dose of life-saving Narcan.

One friend said they should get three strikes. “And they should tattoo a big ’N’ on their forehead so the EMTs know when they’ve had their share.”

I advise these people to grow a heart, gain some compassion, to cool it.

I’d say take a chill pill, but I worry chill pills might be gateway drugs to addictions they’re ill-prepared to handle.