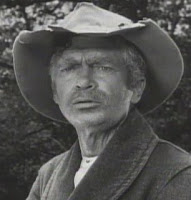 The optimist in me says that any minute a giant oil-devouring robot is going to be deployed to clean up the spill in the gulf. It will scour the shores, cleanse the waters and sip crude off the tender wings of endangered Snowy Bayou Plovers.

If that happens, then the pessimist in me believes that man will have forgotten to install an “off” switch and the insatiable robot will turn inland to devour refineries and gas stations and won’t stop until it immobilizes my Saturn.

And the news junkie in me would prefer that to the drip, drip, drip of inaction coming from this disaster.

The whole story has such a primitive ‘70s feel to it.

How is this happening in the 21st century? In the 1970s, my teachers all assured me by now we’d all be zooming arout the skies in jet packs fueled by things like grass clippings. Of course, these were the same teachers that assured me one day I’d be using the metric system to measure things like kilometers per liter.

Like my mythical oil-sucking robot, it seems like somebody forgot to include an “off” switch on the oil platforms that robotically suck fossil fuels from deep beneath the earth.

You mean no one saw this coming? No one thought to put a series of fail-safes in a mile-long straw stretching through choppy waters routinely ravaged by hurricanes?

We make a mistake entrusting these sorts of operations to people with more degrees than sense.

Me and my fellow idiots at the bar were talking about it just yesterday.

“You’d think they’d -- just in case -- have some sort of really big cork or seal that automatically deploys if the really big straw breaks off at the top,” said a regular Joe conveniently named Joe. “And then -- just-in-case -- you put another one down below that.”

“And then to be really, really, safe -- just-in-case -- you put one down at the very bottom so that if, God forbid, the whole thing breaks off you can just shut it off and start sweeping up the debris.”

Really, can such simple safeguards be that difficult to include in construction mandates with something so potentially devastating?

I think this gulf catastrophe would be working out differently if Jed Clampett was still involved in the oil industry.

He’d be full of common sense suggestions that infuriate investment bankers like Mr. Drysdale, but would ultimately prove beneficial.

Now they’re talking about lowering a giant dome over the source of the leaks. I like this idea, but wonder why each rig doesn’t come equipped with its own telescoping gigantic dome that it can drop atop leaks the instant they are detected.

The whole industry seems rife with arrogance that, c’mon, nothing like this is ever going to happen, and if it does it’ll be minor and we can deal with it in a jiffy.

And up from the ground comes a bubblin’ crude.

I keep thinking the world changing innovations are just around the bend and I keep getting slapped in the head with stinging reminders that the bend is no where in sight.

We can only hope this spill will hasten our wisest intentions to slip free from technologies that were new about 50 years before our great-grandfathers huddled around sitting room radios to hear FDR talk about war effort oil rationing.

And, until then, we can all do our part.

Me, I’m going do a pencil drawing of what my giant oil-devouring robot will look like. Later I’ll ask the boys in the bar where they think we should put the big off switch.
Posted by Chris Rodell at 1:08 PM

Actually, according to NPR there IS an automatic off switch –four of them. They just happened to fail (all four of them) in this case. And some around the world then come with a electronic switch in case the automatic off switches fail, but because there are four (four!) automatic valves in place, they didn't bother with an actual non-automatic switch in this case. Essentially, these switches are pressure operated, so when the pipe has a hole somewhere, the pressure changes within the pipe and the valves close. However, they still don't know why they didn't have haven't closed in this case.

Dang. That blows my "hole" premise. Maybe they're just saying that to save face and make us feel better.

I do thank you, Melissa, for the factual information (I do wish you'd have said NPR was quoting Uncle Jed).

My original argument does hold: clearly, there aren't enough fail-safes.

I checked out your website and applaud your goals. Get in touch via e-mail if you'd like any advice from a veteran.

Best of luck and thanks so much for taking the time to read and comment.

The podcast expert said in this case there are actually a few holes in the pipeline that appeared, which is part of the problem. I think there were three originally (not sure if this is still the case?) and they've closed off one. Hopefully the big box thing will help with the rest of the mess ..... will be in touch via email. VERY interested in advice :-)

Speaking of "Oil", I'm glad to see you got your Oil/Profile pic change done. Do they do that for you at Jippy Lube?

Clearly, there aren't enough safeguards. Even more clearly, we're sorely in want and need of Jed's common sense to counter the Milburn $$$ viewpoint.

Interesting idea, Max P. That would be height of blogger/vehicular efficiency. It's something to ponder next foto change.

And as has been mentioned, Keith, there were safeguards in place. But those failed. Well, how fail/safe could they have been? Clearly, this kind of thing could happen again. Ridiculous.