Bring on the 'canes 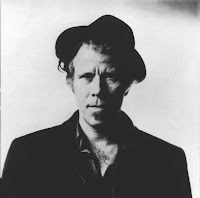 I fell in love with the morning show expert the second he opened his mouth. He was talking about killing.

Top killing, that is.

He was someone from someplace in Louisiana and he was giving his opinion of BP’s progress in this great big wretched mess.

And he was giving it with a magnificent baritone drawl that immediately had me wishing his name was Burt and he was my neighbor.

“Hey, honey, Burt’s coming over tonight and we’re going to sip beers on the porch and listen to baseball on the radio.”

“I have to run next door and see if Burt has a wrench that’ll reach that loose engine bolt that keeps rattling.”

“Oh, sorry, hon. Can’t paint today. Burt’s coming over to help me put up that bird feeder we made in his garage last winter.”

A neighbor named Burt who talked like that would be the Superman of neighbors. He could fix things, be companionable company, have all the tools I would ever need and bark out a pitch perfect armpit rendition of “Dixie” when the beers in the cooler started getting into single digits.

So I was thinking of the day my dream Burt would move next door and not paying any attention to the substance of his expertise when something he said penetrated the foggy mists of my mind.

Had Burt lost his mind?

I snapped to attention. Burt was saying the gulf catastrophe could be mitigated by hurricane winds and waves that dispersed all the blobs, tinier blobs of oil being more manageable than the nasty Rhode Island-sized ones. He said the ecosystems can tolerate a little oil, but the thick sludge will turn the gulf into a dead sea.

Leave it to Burt to give me a reason to root out loud for natural disasters. Now, I don’t have to root for them in silence.

See, for the sake of humanity, I’ve always favored a healthy sprinkling of natural disasters and certainly prefer them to the kind we manufacture all on own.

A really great natural disaster shows how much human beings genuinely care for one another. No matter who it is, no matter where in the world it happens, whenever the alarm is sounded, we all stop what we’re doing, say our prayers and think of ways we can pitch in to help.

It’s always heartening to see what we can do that for our fellow man, and how we’d probably do it more if we’d only we’d all set down all our weapons and stop killing each other for just a bit.

It happens with earthquakes in China and Iran, places filled with horrible people we’d all like to kill.

I hope for the sake of irony I’m alive during the time when a trigger happy president decides to bomb the bejesus out of some hapless country for any old reason and the bombing coincides with a terrible earthquake.

I’m sure we’ll halt all the hate to help clean up the devastation, just long enough to rebuild all the targets before resuming hostilities.

He’s such an easy scapegoat.

So tonight I'll get down on my knees and pray to God, as I always do, “Please, Lord, heal the sick, feed the hungry, stop the wars, care for our little darlings and let the Pirates get hot enough to contend.

“And remember all those times I prayed you’d keep the downtrodden gulf coast safe from any more natural disasters? Well, forget that. I now pray that you send a righteous string of Cat 5 whoppers to blast the crap out of the poor, beleaguered bastards. Amen!"

Given prayers like that, it’d be no wonder that God might need a drink.
Posted by Chris Rodell at 11:47 AM

Just like the USA to get things backwards ... oil spill first, hurricane second.

Who was in charge of scheduling? I need someone to blame.

Hurricanes gaining speed over hot oil atop a dead sea. Sounds like Armageddon to me.

Oh and your friend Burt? In Louisiana he'd probably be known as Beaux.

Instead of moaning and groaning about the idiocy of not having a solid contingency plan for what was only too surely going to happen at some point, you've make me laugh - thanks! Now I'll hope, safely from Seattle, for fierce hurricanes in the Gulf.

BTW, my son-in-law is named Burt and yes, he is known to have the occasional beer in his refrigerator, but handy, not so much....

Thanks for you comments, guys! It is a confounding disaster. It's so depressing and consumes so many wild and human victims.

As you mention, Emma, it's unbelievable that these geniuses never envisioned something like this happening. Really, it'll be surprising if it doesn't happen again soon.

One more thing: Bring on the Burts and the Beauxs! We could all use a bunch of them right now!

Happy Memorial Day to one and all.