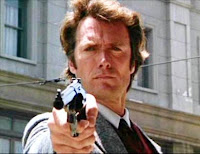 The other day I realized I was spending so much time staring at or out various screened things that I needed extra eyeballs to give them all their due. Somehow when none of us was looking, screen became one of our most nimble words.
We’re all awash in screens.

• I’m torn about putting up screens in all our windows. We paid huge bucks for snazzy new windows last year and they’re impressive. But the new screens are so thick and dark that sometimes it feels like I’m in minimum-security prison for sissy bankers. There’s a joy to sticking your head out an open window to shout hello to the kids and critters playing the yard.

• Advance screenings and publicity for the new movie “Letters to Juliet” have me fearing for the career trajectory of the lovely Amanda Seyfried. I fell deeply in love with her during the several hundred times my wife and daughters played the joyful “Mamma Mia” on the big screen in our living room. I don’t want her doing anything to soil my pristine image of her. Too bad because apparently, she, like countless other ingenues, is determined to break my heart. I was devastated to see that she had the British vulgarity “minge,” Cockney slang a most intimate female body part, tattooed on her right foot. Now, why would she go and do that? Clearly, she knows more about acting than anatomy. The only way that’s going to make any sense is if she gets “foot” tattooed on a delicate place that will one day confuse future lovers.

• Pittsburgh’s still shaken from the favored Penguins loss to the Montreal Canadians in the NHL playoffs. Much of the blame is falling on goalie Marc-Andre-Fleury. Sure, big defensemen obscured his view on several goals, but not all the goals can be blamed on clumsy screens.

• Our 9-year-old, The Outlaw Josie Rodell, asked us the other morning if “punk” was a bad word. My general rule is, “There are no bad words, there are only bad times to say some words.” But I realize she needs to understand the boundaries of what she can shout if the preacher goes too long during the Sunday sermon, so I must maintain some conventions. No, I said, punk is not a bad word. It’s not polite, but you won’t get in trouble for using it. I could tell she was disappointed. So to cheer her up, I pulled out my laptop and called up “Dirty Harry” on YouTube. Together we stared at the laptop computer screen and watched the classic clip of where Clint Eastwood, as Det. Harry Callahan, lays waste to a San Francisco city block while munching a hot dog. As the scene winds down, the wounded outlaw wonders if the long-barreled widow maker’s in reach. It provokes one of the most memorable lines in the history of the silver screen.

I paraphrase: “I know what your thinking. Did he fire five shots or six? Well, in all this commotion, I’m lost count myself. But this being a 44-calibre Magnum, the biggest handgun made, and capable of blowing your head clean off, you have to ask yourself a question: Do I feel lucky? Well, do you . . . PUNK?”

Josie was riveted. The bleeding gunman asks as Eastwood walks away, “I gots to know.” Clint turns, aims and pulls the trigger. Click. He grins.

Then the chagrined gunman shouts, “Son of a bitch!” For Josie, it was the frosting on the cake. She got to hear one really great profanity before the school bus came to take her to third grade where, doubtless, the alert teacher heard her challenging all her punk little classmates if they felt lucky.

I probably should have screened the clip before showing it to a 9 year old.

• Me, I enjoyed it so much that I’ve been telling everyone the story and reliving in my mind that classic bit of screen history. I think I’ll search for a screen print t-shirt of that classic phrase and wear it all over town.

So there you go. That covers all eight definitions of “screen” usage.

And now I can add “America’s Greatest Screen Writer” to my illustrious credits.
Posted by Chris Rodell at 11:34 AM