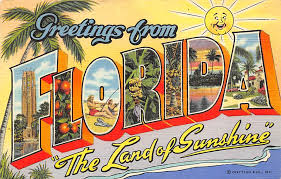 If I were to write exclusively about all the stuff that dismays me I’d have to write five times a day through at least, well, dis May.

But there’s one dismay I simply can’t let go without addressing, and this is an address about things that require proper postage.

I love the post office for all it’s shoe leather glories and nitty-gritty idiosyncrasies. Plus, its straight-faced bureaucratic administration makes it a dandy target for pranks.

It was part of a stunt story I was asked to do by rascally editors at National Enquirer. They wanted to see if the post office would deliver common — uncommon, really — items if the addresses were put right on the items, stamped, and just dropped without explanation in the corner mailbox.

Other items included a toupee, a coconut, a rubber snake and a big bag of goo.

Every step along the way, the system indiscriminately treated each oddball item with the same due care as if it were a tax refund or other important government document.

The false teeth belonged to my late grandfather. He removed them from the mailbox, popped them straight into his mouth and began to devour multiple ears of corn on the cob.

The inspiration for my next postal prank had a wintry cast.

I remember enjoying the kind of Florida lark where you want to rub it in to all your snow-bound buddies. To do so, in those pre-internet/live stream days you’d often resort to that charming staple, the scenic post card.

But not when that postal carrier is, well, a typical male man.

Because I soon detected an obvious pattern. The sexy post cards were taking 5 to 7 days longer to get delivered than the scenic innocents — and most of the sexy’s had thumbtack holes in them.

The implications were clear: Some of the men were snatching the “Sunset Over Cleavage” pictures and securing them above their work stations so they could get their jollies while mind-numbing streams of bills, periodicals and other funtional mail went whizzing by.

Who could blame them?

I needed an official postal response as to why the sexies took longer.

“Pure coincidence,” was the answer.

I asked what would happen if we repeated the experiment.

“The men and women of the USPS would be grateful for your patronage.”

I asked how the thumbtack holes appeared in the fleshy ones, but marred not one the sexies. Did he consider that, too, a “coincidence.”

I think my best idea regarding the post office wasn’t about making me money. Rather it could make them money.

I reasoned that, like vanity license plates, local governments would pay extra for zip codes that matched their promotional themes.

The idea stemmed from dealing with my late mother’s dementia. She kept mailing us letters that never arrived. She was forgetting the zip code.

She had dementia, but I remember thinking, you know, she’s right. It easier to remember one number instead of five.

It’s how we almost moved the whole family to tiny Newton Falls, Ohio, home to the easiest to remember zip code in the USA: 44444.

The only easier-to-remember number is likely 12345 in Schenectady, N.Y. Of course, living there would mean forever having to spell Schenectady and that would never do.

The link to the original post is down below. I’d encourage you to read it, as well as the other posts. Each fairly bristles with fresh insights, few of which are evident here.

I make no apologies.

I think readers will understand that when one writes about the post office it is unavoidable to every once in a while mail it in.

How I became junk mail