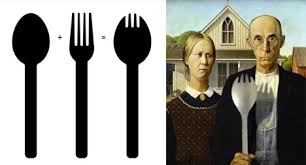 I’ve in the last month added an exciting new element to my diet, one that could lead to dramatic weight loss without the sweaty grind of regular exercise. It is …

See, because of my condition, I’ve let myself go a bit over the last 18 months.

Who wouldn’t? Women look at me with a pity they can not conceal. Men cross the street like they fear what’s afflicting me will jump to them.

My once vital life is irreparable diminished.

But, hey, that’s what living with male pattern baldness can do to a man.

I decided, eff it, I’ll eat what I want. Lots of pizza, subs, burgers and that omnibus staple of every unhealthy meal, bacon! Bacon! Bacon!

I consider bacon an essential component in every tasty meal. Describe any meal — any activity — with the word “bacon” and it automatically improves.

There’s bacon pizza, bacon burgers, bacon lasagna; and you can get creative with things like bacon commute, bacon Happy Hour, bacon church — “Come for the worship, stay for the bacon!”

Or even bacon sex — “Come for the sex, stay for the bacon!”

See, I’d eaten healthy for most of my adult life and then was blindsided by news that it really hadn’t mattered. You’re still eligible for any number of nasty maladies that mock your motivations to maintain a sleek profile in tight jeans.

So for the past 18 month I’ve eaten like Elvis (see link below).

What’s interesting is the number of folks who now go out of their way to declare just how great I look. They seem sincere, but I wonder how many of them are just trying to make feel better without having to go to the expense of having to buy me liquor.

Well, there’s only one way to find out. Too bad it’s still a bit nippy to start showing up to the Tin Lizzy in the ol’ Speedo.

But then I began to detect obvious flaws in the logic behind my damn-the-torpedos diet, one by my 19-year-old daughter instigated what we’ll call her “cookie intervention.”

“Dad, do you want to die of a massive heart attack?”

But my heart is not yet so cushioned with fatty tissue that it cannot be moved by a daughter’s love — even when a cynic might confuse her sassy admonitions for  patricidal nagging.

So I told her I’d resume eating healthy fork foods.

Because as I was in the midst of reacquainting myself with the fork, a good buddy from my Nashville Banner days messaged me with an epiphany about innovative tableware. He was at a fast food chicken joint and felt compelled to rhapsodize

“It’s just just such a joy to hold and behold!”

I had to read it twice to ascertain he wasn’t talking about the birth of a new grandchild.

In fact, he was talking about …

He was eager to learn the history of the hybrid utensil and because he was my first Alpha editor, I reflexively viewed his request as as assignment. So here goes …

The spork was in 1874 invented by Philonious T. Spork.

I jest. But I wanted to include at least one libel or falsehood in a story I knew my old editor would read just for old time’s sake.

This is in contrast to the chop stick which is estimated to be between 4,000- and 5,000 years old and thrives despite the fact it is the least efficient/most potentially embarrassing way to convey food from plate or bowl to mouth.

It’s no wonder so many chop stick advocates are thin.

I think my friend is hoping that if I highlight the spork here on the blog I can boost its profile, maybe make it some dough. You know like I’ve been trying in vain to do for myself since 2008.

Either way it’s all just some Monday morning food for thought and now it’s done.

Stick a spork in it.