Tweets of the (last two) months 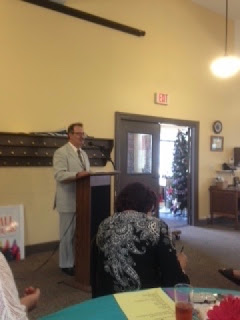 And now entirely without fanfare, here are the Tweets of the (last two) months ...

• Purely to satisfy my curiosity to how bitter partisans react to coincidental news, I'd like to see what supporters and antagonists say if a Storm(y) named Daniels made landfall at Mar-a-Lago.

• If Trump says the hurricane is gonna hit Alabama then pucker up, Cotton State, and prepare to kiss yer asses goodbye

• It may be a vast over-simplication, but couldn’t global warming be eased if we simply moved Earth farther from the sun? I think if we synchronized our pushups on one side of the globe while everyone on the other side jumped up in the air …

• Given what I know about headline writers and how they strive for novelty, I predict this will be the week one of them crafts the line, "Another whistleblower provides vaping gun.”

•So many evil doers getting killed while committing heinous acts must mean Hell is getting full. That means long lines, shortages, frayed nerves. Imagine road rage in Hell. Now do something here to ensure you won't have to experience it.

• Do Flat Earthers believe there are upside down people on the flip side or that it's just a bunch of roots and shit?

• Is it coincidence or puckishly deliberate that the federal meteorology department charged with forecasting devastating floods has a name that sounds like NOAH? #NOAA

• Rejoice our leaders are unafraid to stand up to the all powerful e-cigarette lobby in light of 6 nationwide vaping deaths. Rest assured if there's ever another unregulated product used to randomly slay innocents these portraits in courage will act swiftly to end the menace.

• I’ve never experienced love at first sight, but 5 or 6 times a day I'll catch the eye of some stranger and know -- just know -- we're destined to become drinking buddies.

• ”Laid up," is one of our oddest expressions because it usually means a convalescent incapable of getting up at all.  Laid down makes more sense. It gets even trickier anatomically speaking if you dare spell it "layed up" or "layed down.”

• Proper grammar is the math of writing.

• You’d have to think Danish Haz-Mat teams would eventually lose their edge from responding to too many there's-something-rotten-in-Denmark false alarms.

• As monumental they were as a band, they couldn't have come up with a more fraudulent name. The never toured, never gigged a local bar. Hell, they never left the studio. Traveling Wilburys? Right. They were the Stationary Wilburys.

• It doesn't exactly equate to a Rosa Parks moment, but if I were a person of color I'd ask the podiatrist to think up another less Caucasian-sounding name for my littlest brown toe instead of “pinky."

• When I'm drinkin' dahntahn, I like a place with fries and slaw on the bread, HOF Stiller jerseys on the wall, etc. I want the full yinzer. Yes, I want n’atmosphere.

• I wonder if he ever went through a serious phase and told folks he was now going by Bill Wonka.

• I wonder if there was any confusion in the Swingin' '70s when Evel Knievel approached a pretty girl and asked if she'd let him jump her bones.

• The literalist in me becomes furious whenever he visits the National Museum of Air & Space and sees a building with walls and ceilings.

• That which does not kill you only makes you stronger and if this process is repeated enough eventually age and time combine to make you so frail you can die in your kitchen tripping over a kitten.

• From a purely fashion sense, is it accurate to refer to Mohammad Bin Salman Al Saud as the "crown" prince of Saudi Arabia when his head gear appears to be some form of hanky?

• What are you doing today to keep the happy parts of your brain engaged? I hope the answer isn't reading Facebook.

• Because most people only listen to 50 percent of what we're saying, I try and omit every other word so theoretically I'll have their full attention.

• Being "left to their own devices," once a stinging form of social abandonment, is now the preferred human activity.

• I admit to feelings of wistfulness over not having sired a son. These feelings pass when I realize a son would by now be asking me, "Daddy, would you help me secure my man bun?" And to my everlasting shame I'd feel obliged to assist.

• I’m vowing my next book will be a hand’s-on guide to adhesives full of sticky samples so every honest review would have to say, "Couldn't put it down!”

• This is the time of year when the most avid baseball fans brag to other baseball fans they were able to stay awake for an entire baseball game.
Posted by Chris Rodell at 10:02 AM