I was bumped from mag cover by luscious Margot Bingham 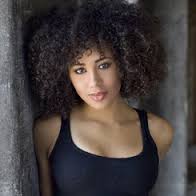 Have you ever woken up feeling an irrational disdain for actress Margot Bingham?

Happened to me just last week.

But in some ways, I’m beginning to feel like she’s the blacker, female, more stylish, successful and kissable version of me.

I say that because it was her looks and fame that got me bumped from the cover of the South Hills Magazine issue that featured the story about me (link below).

Writer Suzanne Elliott, had told me I was being considered for cover purposes and I walked around for about a month thinking how cool that would be.

It seemed possible. They took a lot of pictures during the interview.

And Suzanne’s a friend and I knew she wouldn’t just mess with me to coax a chummier interview. I used to do that with dipshit feature subjects like myself all the time.

Oh, yeah, I promised plenty of people they’d be on the cover of numerous local and national magazines. Heck, that wasn’t even the worst of my lies.

Get this: I remember telling bunches of people I’d quote them accurately.

And they believed me!

I’d have liked to have been a fly on the wall when the editorial board met to discuss who’d be a better fit for cover prominence.

“Okay, we have these sultry pictures of luscious Margot Bingham. She’s the striking 27-year-old daughter of former Steeler Craig Bingham. She’s on a hit show, has fantastic hair, a bright future and if we’re nice to her one day she might stop by our office and show us her selfies with people like Beyonce.

“Then we have Rodell. Now, we could run his mug on the cover, but we’d need to fire three staffers to compensate for all the overtime it’ll take the rest of us to photoshop out all the flaws. Shall we put it to a vote?”

I’ve been very pleased by the article and the cheery reaction to it. It confirms how so many people are rooting for me to succeed and how some, myself included, are confounded success remains so elusive.

Of course, I told Val my favorite part was where she was quoted as saying I’m wonderful.

“I’m so proud of him persevering and for the books and the success he’s found in motivational speaking. He is such an amazing writer and it’s been a joy be able to watch him live out his dreams. He wakes up being funny and goes to bed being funny. He keeps us all laughing, that’s for sure.”

I told her I’ll always remember that quote whenever she pretends she’s really, really mad at me for frequent bouts of drunken sloth.

“Yeah, I could have told her to make up something that sounds nice.”

It’s true. I used to tell rising journalist students they’ll never get in trouble for misquoting someone as long as the salient misquote makes the quoted subject sound either intelligent or more sweet.

Such deviousness is why I always think of Val anytime I hear Tom Petty sing, “Shadow of a Doubt,” the 1979 song from “Damn the Torpedoes.”

She likes to keep me guessing
Yeah, she’s got me on the fence
With that little bit of mystery
She’s a complex kid

What’s funny is Suzanne asked me to get in touch with someone else who’d say nice things about me. I figured I’d go right to the top.

I told her to call Jimmy Krenn.

He’s Pittsburgh’s perennial entertainer of the year. We’ve been friends ever since he used to have me on as his guest when he and Scott Paulsen were the genius frontmen for the DVE Morning Show.

Krenn sent this to Suzanne and copied me. It didn’t run in the magazine for, I guess, spacial reasons. But there’s no reason I can’t run it here!

“To me Chris Rodell is Dave Barry's every bit as talented evil twin brother! No one captures people's true character and spirit like Chris. He colorfully gives you a peek behind the curtain as he paints a story with a sense of warmth and true understanding like no other I've ever read. After getting to know Chris through the years I can honestly say, as a person, he's one of the most genuine and humble men I've ever known. That humility serves him well in his writing style as it seems to always connect the reader to the person or place he's writing about in a revealing and respectful way that makes his stories a combination of being both thought- provoking and always entertaining!”

Coming from someone as beloved and revered as Krenn, it’s very touching.

It encourages the belief that good things are bound to happen.

And they’ll happen a whole lot sooner if I can figure out a way to get my hair to do that Margot Bingham thing.

Ukuleles, YouTube exposure & what Jim Krenn has to do with any of it

Lebo: The day the sun seemed to be shining just for me

NYTimes cites me, my hole-in-one book

My compliments: My day with the PR&LA
Summarizing my fall season of yapping