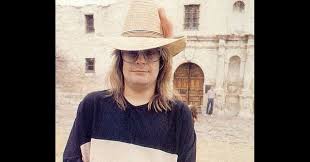 The e-mail crackled with legalese. An adjunct for the History Channel was asking if the august network could reference this very blog for a feature they were producing.

I’d need to sign a release or production would be in jeopardy.

This is the point where other writers would say, “Whoa.” They’d break off timely discussions to summon attorneys, strategists and marketing gurus to finagle a percentage of the profits

Not me. I do my own negotiations.

I had just one question:

If I agree, will you send me a free t-shirt?

“Merch options are still being resolved, but that shouldn’t be a problem.”

Then you got yourself a deal!

And that huckster Donald Trump likes to brag about the deals he’s made.

The History Channel is working with T Group/Osbourne Productions in Hollywood. Together they are producing a show called “World Detour” starring Ozzy and Jack Osbourne visiting various historic and culturally significant sites.

Why on earth would they need my permission?

It turns out I’m among the leading authorities on the old rocker’s urine. Or at least where he’s splashed it.

Specifically, I’ve re-written the mistaken history of the day Ozzy peed on the Alamo.

In fact, it never happened.

I learned this in about 2004 when I was at The Alamo and asked in hushed, reverential tones, “So, just where around here did Ozzy piss?”

I was told it was a myth. You can check out the original story here. I was told they'd have the stars discussing what I wrote.

Heck, I’ll be happy if I ever get the shirt.

Understand, this won’t be my first sashay down the aisle with a popular boutique cable network.

Remember, it was in 2014 when poobahs from Arnold Palmer Enterprises told me they wanted me to host a Golf Channel tavern round-table on what it’s like having the golf legend in the neighborhood.

They hinted I’d there was a possibility my homespun delivery would lead to breakout stardom, maybe even a Golf Channel segment of my very own.

None of that ever happened.

But I did get a free hat!

Worse was in ’12 when Palmer’s Orlando big shots gave me a handshake deal over a job that would pay in the neighborhood of $70,000 a year (link below).

It looked like a sure thing. How could it be anything but?

Arnold Palmer was one of my references!

What, besides spousal suspicions I’d made the whole thing up, did I get out of that?

Free lunch at a table next to Arnold Palmer!

I could go on and on.

An NYC buddy of mine — been going to Steeler games with him and our gang since ’94 — told me he loves my “crayons!” book so much he’s going to tell his wife she needs to obtain the rights.

His wife is a big shot at Simon & Schuster.

You may have heard of them.

Now, he’s been saying some variation of this for three years, but he’d become adamant.

Then he texted me the following: “Good things come to those who wait. You’ll hear good news in three days.”

What did I get out of that?

Nothing but fits of resentment, despair, bouts of sleeplessness and a desperation so soul-gnawing it leads to dark thoughts of drastic vengeance.

Yes, I’m thinking of unfriending him.

Maybe I have it all wrong. Maybe the real reason History Channel wants me has nothing to do with The Alamo.

Maybe they want to record Ozzy discussing why he’s never bothered to piss all over some downtrodden Latrobe writer.

Feels historic to me.