Who I was hoping would win the jackpot 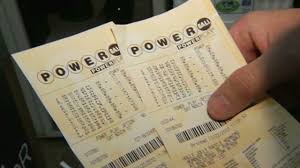 If you think by me blogging the day after the $1.6 billion drawing means I didn’t win, well, you don’t know me very well.
I blog for free. I enjoy it.
Heck, if I’d win the jackpot I’d probably start blogging three times a day.
The only difference between jackpot me and poverty me would be jackpot me would dictate his thoughts aloud to a shapely secretary while he pranced around the room in a purple velvet robe and spouted his pronouncements with a long-stemmed cigarette holder clenched between his teeth.
I’d need the robe and cigarette holder for affluent imagery and the secretary because, gee, typing is the most tiresome aspect of blogging.
But — sorry to disappoint you — I did not win.
So far the three winners are remaining anonymous. If I was in charge they’d have until lunchtime to come forward or else they’d forfeit.
Anonymity should be a disqualifying factor.
I lay it all out in the “Lottery losers should decide winners” link below. In summary, I say each mega-jackpot should have 10 winners and each should be entered into a “Survivor”-like reality show only with harsher conditions that may or may not include tribal cannibalism.
Then the rest of us get to vote on who’s most deserving.
I’m always rooting for the nut job.
That’s why yesterday I tweeted I was hoping the winner would be Trump.
Imagine the gloating.
I told that to a friend and he said he was rooting for the nation of Greece.
I wonder if any of the presidential candidates from either party bought a ticket or two. It’d be a fun debate question. Of course, the follow-up would be how would they spend the money.
How many votes would it secure if one of the candidates said he or she would donate the entire sum to veterans organizations?
I’d vote for that.
Ellen would have been a fun celebrity winner, but not Oprah. In fact, if I have my numbers straight Oprah should be required to fund the next mega-millions jackpot from what she keeps in her purse.
A friend of mine said if he wins he’d buy the Pittsburgh Penguins, which are currently for sale for $850 million.
I initially liked the idea, but have decided it’s stupid.
Because eventually my friend — any of us — will bring ruin on the team and wind up despised in the city we love. It’s nearly impossible to satisfy home team sports partisans who exhibit more braindead inanity than even political ones.
It’d be better to buy a rival team and announce you’re doing so with the intention of deliberately ruining them and punishing their loutish fans
That would be such gleeful fun.
Imagine the reaction in Pittsburgh today if you announced you were going to buy the Cincinnati Bengals with the intention of making them the worst team in NFL history. You were going to draft the worst players, bring in despicable felons and make the team a national laughingstock.
Like Cleveland!
They’d hate you in Cincinnati, sure.
But, oh, how they’d love you in Pittsburgh. You’d never pay for another meal or drink again.
I wish I’d have won but I’m one of those naturally contented people who fears so much money would drastically and for the worse alter my happy little life.
I’d rather someone kind and sweet like you, dear reader, had won.
You know, someone who enjoys a really good blog.
Someone who’d spontaneously decide a blog like mine was worth a measly .05 percent stipend from the winnings.
I find greed so distasteful and me and my secretary could squeak by on just $750,000.