To hell with Kim Jong-un 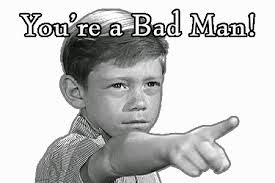 So a man who was apparently dying of boredom was bequeathed a more emphatic finality.

I don’t know whether the killing dampened any simmering hostilities toward Kim, but I have to believe sales of pharmaceuticals like No-Doze enjoyed a robust spike.

It’s just one of the many ways in which I differ from your typical tyrant.

I open all my talks by sharing that it’s perfectly fine to nap while I’m up there blahbady-blahbady-blahing, an invitation inevitably seized upon by at least five or six opportunists in any group of 100.

I think it’s one of the reasons my talks without fail receive such warm responses. People feel refreshed by the catnaps and applaud me even though they dozed through the entire presentation and didn't comprehend a word I said.

If I had any sense, I’d devote my time to perfecting a way to get corporate crowds to group nap for 90 consecutive minutes. I’d make a fortune.

You’d think there’d be a market for that.

And you’d think there’d be a market killing this reprehensible villain. In just three years as North Korea’s supreme leader, the 32-year-old has behaved in ways that make your standard Bond villain look reasonable.

Death penalty connoisseurs and those who view its U.S. application as feckless are bound to be admiring of Kim. He’s presided over execution of foes by means of mortar and flamethrower. Reports that he fed a crabby old uncle to starving dogs have been debunked.

Here in America, we can’t even find a lethal pharmaceutical cocktail to kill a convicted felon who if released would likely OD on common street stuff.

You have to think Kim’s days are numbered. Even his supporters in China have to be alarmed to share a border with such a ruthless and unstable ruler.

Certainly, who’d fill the vacuum his death would leave behind is troublesome but, geez, could anything possibly be worse?

The reviews for the Seth Rogan flick about the assassination of Kim were too harsh for me to waste my time, but I remember being utterly charmed by the premise of two stumbling goofballs eliminating someone so truly evil.

I’d like to see the movie re-done by someone less ham-fisted than Rogan and this time I’d like it to be done as a documentary.

Being such an avid consumer of American pop culture, I wonder if Kim’s ever seen the “Twilight Zone” episode titled “It’s a Good Life.”

It’s the story of an utterly amoral child with supernatural abilities to torture and kill innocents around him who are powerless to stop his reign of terror.

It is the story of Kim Jong-un.

The episode doesn’t have a happy ending, but that doesn’t mean North Korea can’t have one.

I hope one day soon we can all see what happens to a blank-slate nation when its people are stoked with freedom and the common spark of human opportunity.

As for Kim, I don’t care if he dies stumbling down the steps, choking on a pretzel or in some gruesomely operatic fashion he so richly deserves.

I just pray it happens soon.

To counter Russia, U.S. should invade …