In India, trains & elephants share the tracks with predictable results 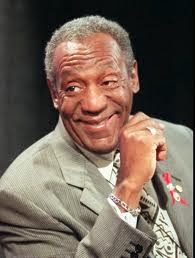 (736 words)
I remain so troubled by the news story I read last Thursday that I’m urging a drastic solution and here it is:

All train travel everywhere must cease until we can ensure the wild elephant herds anywhere can no longer linger on the train tracks.

If you’re sensitive to gruesome news details, I advise you to move along right now, something I wish an ill-fated herd of Indian elephants had known to do.

What happened near New Delhi is truly horrific.

This from Thursday’s “New York Times:” “A passenger train speeding through northeast India barreled into a herd of wild elephants as they crossed a set of tracks late Wednesday, killing five.”

Imagine how that poor engineer unloaded when he got home and his wife asked, “And how was your day?”

You’d think with ears like that, your standard elephant would be able to hear and grasp the significance of an approaching train whistle.

A simple search will, I’m sure, provide you with all the gory details. I will not.

Funny, but it was just two weeks ago today when I warned against the over-use of the term “train wreck” to describe things like government shut-downs and botched websites.

Those aren’t train wrecks. An actual train wreck, I said, is much messier.

Little did I know.

I’m reminded of the Paul Hogan line from “Crocodile Dundee.”

“You call that a knife? This is a knife!”

So let’s cool it with all the stupid Beltway “train wreck” analogies.

It gets worse. In India, the elephant is closely associated with the Hindu god of wisdom. They are used frequently in temple festivals, marriages and important social functions.

So anyway you slice it this is no trifling hillbilly roadkill. The elephant is a beloved symbol of national heritage.

It would be like if here in America Bill Cosby weighed 12,000 pounds and was dawdling on the track right as the 5:15 came roaring ‘round the bend.

My first thought was, well, who are they going to get to clean that up? The carnage of five mutilated elephants is terrifying to conjure, our worst slasher flicks couldn’t begin to do it justice.

Our home is in the woods. We share the acreage with ample deer herds. The deer, much more nimble than your average elephant, are frequently struck by vehicles. And it without fail always makes me equal parts sad and sick.

But if one dies in our yard -- and that has happened -- we call PennDOT and they send one stout gent with thick work gloves and a truckload of dead deer to swing by and heave the battered carcass into the bed. What they do with them then, I do not know.

I’m sorry to see any creature get hurt, but my main concern is just getting the thing the hell off my yard before the afternoon school bus stops by to drop the second grader off.

I think it would take teams of men with power tools and cranes to clean it all up. I don’t know how any man earning probably a few meager rupees an hour could ever get over the duty.

I’d rather be ordered to mop up nuclear waste.

The story said India is home to more than 26,000 wild elephants. That’s incredible.

My ignorant impression of India is it’s so overcrowded they don’t have room for even another Volkswagen.

And then there’s this: Thousands of miles of train tracks run through the elephant habitats and environmental groups have been pressuring transportation officials to urge slowing the trains from 50 to 25 mph to reduce the likelihood of collisions. Seventeen have died in train wrecks this year.

Officials have refused to do so saying it would hamper economic development.

We here in America have a name for the ensuing chaos to which that kind of narrow thinking inevitably leads.

We call it a train wreck, a term meant to signify temporary political inconvenience.

It must mean something completely different in India.

It must mean it’s time to pull on the hip waders and fire up the chainsaws.

See the elephant: when Kate Upton comes to town

Email ThisBlogThis!Share to TwitterShare to FacebookShare to Pinterest
Labels: Bill Cosby is an American treasure, elephant slaughters, Indian trains slaughtering Indian elephants, save the Indian elephants from trains, what do they do with dead elephants