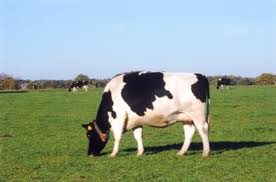 I don’t know how the conversation about milk got started, but it sounded like it was being conducted in a cafeteria full of fourth graders.
“I hate milk!”
“Eww! My mommy made me drink it all the time. Never again!”
But these weren’t 9 year olds. We were old men in an old man’s bar.
Rather than little toddler cartons of milk, we were imbibing Scotch, bourbon, gin, rum and beer! Beer! Beer!
We weren’t drinking these spirits to strengthen our bones. We were drinking spirits to lift our own.
“Beer is living proof that God loves man!” is what sudsy sage Benjamin Franklin said.
You can agree with that philosophical nugget, and still be surprised, as I was, to hear my fellow inebriates expressing such visceral disdain for milk.
They talked about it the way they talk about the Taliban.
They want to see it banished from the face of the earth.
To me it was like hating Girl Scouts.
Milk, the ivory issue of the breast -- and I know these guys love breasts. We watch cooking shows most every afternoon and, guaranteed, it isn’t so we can learn how to expertly poach zucchini. Believe me, values voters wouldn’t want to want to know what’s going on in the minds of some of these guys when Giada de Laurentis starts pounding her chicken.
And please don’t mistake that example for deviant behavior. Culinary chicken pounding happens all the time in even Presbyterian kitchens.
Me, I’m perfectly at peace with milk. I feel about it the way I do the vast rainbow of my fellow man. This puts me at odds with the Montana GOP which this weekend declaring its intent to make all homosexual behavior criminal.
I don’t understand how some men and women are gay and others are not. But I know they face many situational obstacles that can, for some, lead to prolonged bouts of sadness over their lifestyles.
In that regard, they are not unlike Chicago Cub fans.
I adore bourbon, tequila, vodka, oaky cabernets and buttery chardonnays -- you name it.
Many years ago I had an unfortunate encounter with Southern Comfort and we’ve never made peace. But I don’t hate it. I simply try and avoid it because I know it’s likely to make me vomit.
Again the Cub fan analogy applies.
But there are many times when a big frosty glass of milk really hits the spot. I often have it over Lucky Charms and with other breakfast staples.
This might strike some as odd, but I love milk with pasta. I’ve had many spaghetti meals that involved beer, milk and water.
I admit it must have been awkward when the three of them got together in my stomach. It would be like a Jew, a Muslim and that Koran-burning Florida whack job getting stuck in the same elevator.
There are many studies that say milk is essential for strong bone growth.
Not surprisingly, these studies are funded and promoted by -- ta! da! -- our nation’s dairy interests!
I do know one person who is going to expire from a milk deficiency.
That would be my wife.
She’s admirably conscientious about her health and that of those around her.
But our oldest daughter absolutely detests milk and it drives Val crazy. I fear our efforts to infuse her with the daily recommended amount of calcium will backfire and that one day she’ll be like the guy three stools down.
“Yeah,” he said, “my mom used to make me drink it every day. I couldn’t stand it. Just hated it. I haven’t had a single glass of milk in 27 years since I left home. Won’t even have it my house.”
In maybe only this one regard, this flabby soon-to-be candidate for a liver transplant, is exactly like one of the most fanatically fit men in history.
He’s Jack LaLanne.
I interviewed him for a Men’s Health story about six years ago.
He turns 96 next week. Expect him to do something remarkable.
When he turned 70 in 1984, he fought strong winds and currents to swim 1.5 miles across Long Beach Bay. He did it while handcuffed and shackled.
It gets better.
He did it while towing 70 boats with 70 people on board.
Talking with him was one of the most amazing and euphoric conversations I’ve ever had. The man’s a marvel.
It was so amazing I said to him, ‘Hey, my wife’s right here. Will you mind telling her something inspirational?”
No problem.
They talked for 10 minutes. Then Val set the phone down, drove straight to Pittsburgh, dove into the Allegheny River and towed with her teeth a coal barge 15 miles upriver to New Kensington.
God bless him, the man’s that positive and uplifting.
In fact, I can only recall one negative comment.
And it was about milk.
“French people live the longest and they have wine with lunch and dinner every day. Americans drink milk instead. Milk is for a suckling calf. How many creatures still use milk after they’re weaned? Just one. Man. I’d rather see people drink a glass of wine then a glass of milk any time of the day.”
So if the world’s most fit man hates milk, there’s only one thing to do.
Wine for breakfast!
Any fitness advice that involves increasing our convivial alcohol consumption is something that simply must be milked.
Posted by Chris Rodell at 2:06 PM

I'm with the milk hating crowd. I will not buy it because, well, blech. It tastes nasty and I have to agree with Mr. Power LaLanne that it makes no sense to imitate a suckling calf.

Yeah, to hear him talk about it really makes sense. But what the heck are we going to do with all that milk if every parent stops forcing it on their kids?