My surprising feat of strength & March 29 guest bartending in Irwin 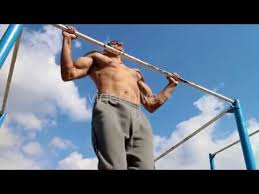 I did something unintentional the other day in my office that literally caused the jaws of both my daughters to drop. They could not believe their eyes.

It was like they’d seen me do something that shattered their every notion of me as their father, like I revealed I was a spy or a stealth member of SEAL Team 6.

What had they seen the old man do?

Well, it was more like a sloppy eight, but we live in a round-up world. Heck, years from now I’ll likely inflate the figure to 50.

I was surprised they were surprised. Are their classmates so soft that the pull up or chin up has become an Olympian-worthy feat of strength? Or have I set the bar so low the kids are gobsmacked when they see me do anything more challenging than rising from the recliner to fetch my own beer.

The literal bar, by the way, was in the house when we moved in. I took it to my office at The Pond where I could do 20 (round-up) pull-ups. This was back, too, when it was my custom to daily do one pushup for every year I’d been alive, a custom I let pass at 50 when the ground seemed to get too far away to warrant the effort.

The girls like to test themselves and I thought I’d show them how it’s done.

Because you just never know. I might one day get into one of those petty so-you-think-you’re-better-than-me arguments with, say, J.K. Rowling, and I could at least save face by whipping her best-selling ass in an arm wrestling contest.

The admiring reaction of my daughters now has me feeling prideful about the pull ups/chin ups. I’m bragging and eager to show off, but am saddened to find no one gives a crap.

I told two buddies about it and they were utterly indifferent. They immediately switched the topic to the difference between pull ups and chin ups (pull ups are palms facing out/chin ups facing you).

This was not at all what I’d hoped for. I guess I was hoping both men would shower me with compliments or at the very least ask to squeeze my biceps, something I’d expect from most women and any man given to random fits of insatiable curiosity.

(Note: I welcome anyone who sees me to come right up and start squeezing me like you’re a careful shopper and I’m your perspective cantaloupe!)

So now I’m searching for another way to get people to react with mind-blowing stupefaction to something they were utterly unprepared to see me do. I think I’ve found it.

You can come watch me work a real job!

Believe it or not.

RISE Westmoreland has asked me to tend bar Friday, March 29, from 8 to 9 p.m. for a fundraiser at Quinn’s Brewery in Irwin. That I’ll only tend bar for an hour indicates to me that they know everything there is to know about me and my work ethic.

I’m taking all bets from those who’ll wager I’ll either quit or be fired before my hour is up.

RISE (Recognize. Intervene. Support. Educate.) is a non-profit formed by Suzanne Clawson Dzvonick in the tragic wake of our school shooting scourge. It provides free social and emotional curriculum aimed at recognizing and de-stigmatizing mental health issues in schools.

I won’t be selling books, but will be happy to sign any book you bring in.

Including ones I didn’t even write!

I’ll be there at 6:30. I hope you’ll stop by and say hello and support this worthy cause.

And keep your chin up. Good people everywhere are working to eliminate the issues that bedevil us all.

You can pull up a chair. Together we’ll round up some laughs.