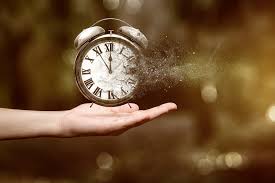 So there we were, one of the world’s most efficient men answering questions about hyper-time management from me, one of the least.

It was just the UPS guy and me. I kept trailing in his busy wake asking one thing then another like I was a 6-year-old on “Take-Your-Son-To-Work” day and the UPS guy was my old man.

Does he ever get a break?

“No. They monitor our every movement to ensure we’re operating at maximum efficiency,” he said. “They know when my seatbelt is unfastened, when I deviate from my appointed route and when the truck is idling too long in one place.”

So, I said, scheduling a quickie with a downtown hooker must be a nightmare.

He laughed for precisely 1.3 seconds.

He was there to deliver 10 more boxes of my popular new Arnold Palmer book, soon to up the total I’ve sold all by myself since April 4 to 1,500. I’m proud to tell people I wrote the book in five snappy weeks.

I don’t tell the UPS man this because I’m sure he’ll reply the company has an app that would have let him write  it in just four.

This is one delivery man who’ll never go postal.

It was a pity I couldn’t persuade him to join me on the porch for beers and more idle conversation. I enjoy sudsy philosophizing with opposites

Of course, maybe he was being monitored by a tiny UPS drone overhead capable of firing painful BBs into his neck should it overhear him saying anything derogatory.

He told me the reason they no longer require signatures confirming delivery is some UPS beancounter calculated obtaining the signature took on average 11.2 seconds and the time and money eliminating the quaint practice would save the company $14.3 million each day.

Remember UPS was in the news a few years ago for developed routing software that eliminated all but 10 percent of left turns after it calculated how crossing against traffic eats into time, fuel and profit.

I bet my wife wishes she’d married UPS. Not to a single driver, but to the whole $65 billion delivery behemoth.

She’s descended from proud Germans, a nationality renown for a fanatical devotion to efficiency, precise engineering and periodic and bloody quests for world domination.

Me? I’m the descendant of proud Swedes, a nationality known for IKEA, ABBA and those tasty little red candy fish I find impossible to resist, despite knowing what they do to my teeth.

As I ponder mortality, I realize a more logical creature would try to maximize the time he has left, to plan and scheme ways to make the tyrannical clock bend to his will.

I tried thinking like that and so far the only alterations I’ve added to my ways are vows to be less fanatical about the need to floss after every meal and to whenever possible avoid things like math.

Instead, I find myself behaving as I’ve always done only with more awareness of how a carefree life can be so joyful while being simultaneously devoid of any meaningful accomplishment.

I’m still apt to slug the snooze alarm, to linger over lunch and to play an extra 9 holes while the weather’s still pleasant. And I’ll forever be the guy who when he runs into a chum with a bottle of rum will, guaranteed, wind up drinking all night.

Why, just the other night I a made a series of inefficient left turns because I was admiring the way the sun was setting on the golf course at the very moment Van Morrison’s “And It Stoned Me” came on the radio.

Wish you could have been there.

In life, just because you make a lot of right turns doesn’t mean you still can’t somehow go all wrong.

And you wouldn’t want a soulful moment to emerge and feel all left out.

An old paperboy delivers his lament