Playboy puts some clothes on 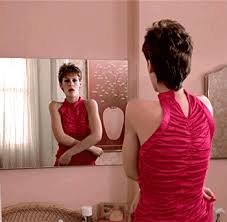 Playboy’s decision to stop showing nude women is an about face from a magazine that’s never really been about face.
“The battle has been fought and won,” Playboy CEO Scott Flanders said. “You’re now one click away from every sex act imaginable for free. And so it’s just passe at this juncture.”
He’s right. And thank those of you who’ve had the prim persistence to read something so porn-free this far.
Playboy is now to porn what Andy Griffith reruns are to TVLand, a reliably quaint diversion. Like Mayberry, Playboy is something you could almost show the kids if you weren’t sure it’d bore them.
It didn’t use to be that way.
To borrow an off-color expression, Playboy used to be the tits.
Where as magazines like Sports Illustrated gave male subscribers team-themed backpacks, Playboy gave us erections.
Huddling around a flashlight illuminated Playboy in some remote field was for adolescent males a true rite of passage.
The women were so beautiful. They were voluptuous. They were buck naked. Their turn-ons included honest men with curly brown hair.
I had curly brown hair!
I remember being overcome with primal horniness. Unfortunately, all the proper girls I knew sensed this and were repulsed.
In fact, necessary and life-saving release was not accomplished until I took the drastic measures that would transform my entire life.
I enrolled at Ohio University.
But prior to that hallelujah revelation my soul was weighed down but what I now understand was Playboy-induced “teasetosterone.”
Teasetosterone is one of my favorite self-coined words. I define it as:
The surplus hormones that are released when men view so much pornography they become consumed with ambitious lust, thus making them universally repulsive to otherwise willing females.
What CEO Flanders is saying is the world is today drowning in teasetosterone.
It’s affected me in ways I never dreamed were possible back in those fields.
Yes, I’m now bored with breasts.
I noticed this when Val and I were catching up on “Orange is the New Black.” It’s a very funny show about women in prison.
These women all have breasts and alert viewers are treated to a cornucopia of HD bosom.
There are black breasts, tan breasts, pale breasts, small breasts, floppy breasts, huge breasts, trannie breasts, wrinkled and perky breasts.
We see breasts in the shower, in the gym, in the cells, in the wash room, in the yard and in the kitchen. We’ve even seen some that caused panting in the pantry.
It’s safe to say I spy more breasts in an hour of viewing OITNB than I did my entire four years in Athens.
The redundant viewing dampens my enthusiasm for something I’ve always loved.
And I’m not talking prison flicks.
I find myself getting impatient with the scenes abundant with breasts. The creators, I’m sure, say it’s essential for gritty realism, never mind that one plot line involves a prison chicken that may or may not have drugs shoved up its butt.
But if they were honest, I’ll bet they’d say they show all the breasts to titillate.
And, yes, I’m still adolescent enough I snicker anytime I get to type titillate.
I find myself getting impatient with all the breast scenes.
It’s an odd turn of events coming from a guy who spent most of 1984 with one iconic Jamie Lee Curtis “Trading Places” scene frozen on pause.
So what’s going to happen to Playboy?
I assume they’ll die a slow death.
There’s no point in trying to be Esquire when Esquire’s perfectly capable of remaining Esquire.
As for naked women, I doubt we’re going to run out of them anytime soon.
In fact, Mylie Cyrus just announced she and the band Flaming Lips are intending to perform a naked show before a naked audience.
I’m all for barrier-smashing art, but the logistics stickler in me wonders where they’re going to put all the phones and car keys.
I don’t know who’s changed more, me or America.
But I imagine I’d build up more teasetosterone with one vintage Playboy magazine than in an auditorium full of 10,000 naked Miley Cyrus music lovers.

Related . . .
On HBO’s “Girls” being naked vs. being nekkid
Breast facts: by the book
Happy National Nude Recreation Week!