Happy 50th Birthday to these words (with profanity)! 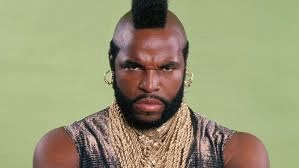 (1,495 words)
I’m convinced the day my wife fully grasps I pay $295 every year for a virtual dictionary she’s going to smash me over the head with a $17 real one.

But I can’t help myself. My subscription to the world’s oldest and biggest dictionary is my most fond extravagance.

I justify it because, hey, it is a tax deduction, I have a still-active book proposal about how words become words and because words are a writer’s tools as surely as hammer is a carpenter’s.

It’s just that only an idiot carpenter would pay $295 for a new hammer every year.

But this is no ordinary dictionary. It’s the Oxford English Dictionary, the most venerable dictionary in the history of the spoken word. A typical 3-pound desk dictionary contains about 155,000 words. The OED includes definitions for more than 600,000 words.

More than that, it includes their precise histories and examples of them used in sentences written by guys like Shakespeare and Mark Twain.

And in what is a favorite feature of mine, it includes the word’s birthday.

It’s true. Every word you use has a birthday, a day when it officially became a word recognized by the OED.

It’s a fascinating feature. You can go in year-by-year and see when a word became a word.

So every year or so I try to go back and see which words were born that year 50 years previously. I choose 50 years because they resonate with most people alive today.

For instance, last year -- the very same year I turned 50 -- I learned that it wasn’t until 1963 that there was sufficient usage and inertia for the OED to recognize the word “dipshit.”

I choose to think of it as a flukey coincidence.

But I spent about an hour on the laptop the other night sleuthing what words were born in 1964, the year OED chose to recognize 369 new words. Many are arcane or specific to obscure disciplines. But here are 26 that still have cultural relevance, many of them more germane today than ever. It is to me a fascinating list.

aw-shucks: Maybe the perfect expression of humble bashfulness. I’m surprised this one isn’t about 100 years old.

Beatlesque: “Characteristic or reminiscent of The Beatles.” These guys were such a cultural phenomenon they became an adjective about 18 months after their first hit single. The rapidity still stuns. I’m going to be sure to watch that Ed Sullivan 50th anniversary special on, I think, February 9.

binge drinking: I just wrote a blog post about how they keep re-defining binge drinking making it easier and easier to accomplish. I like how many new words were invented by parents to describe the excesses of their Baby Boom children.

braless: I like the thought of some demure old granny hearing the word “braless” in conversation and running off to the dictionary and being traumatized by the definition.

condo: Coming off the era of Levittown housing tracts, condos were a fresh and exciting housing option. Now, I visit my Mom in one.

dork: It’s not uncommon for my own kids to describe me as the “world’s dorkiest father.” If they are strict constructionists, they are calling me the “world’s dickiest father.” Dork is, in fact, a Midwestern synonym for penis. By the way, the OED lists 78 synonyms for penis and one day I’m going to write a blog that mentions every single one of them.

drunk-driving: Another cultural touchstone. I remember my grandfather saying how there never used to be drunk driving laws and if you were caught too tipsy behind the wheel, the police would just take your keys or drive you either home or to the town drunk tank. Then they came up with a legal term for it, got the lawyers involved and now it’s just an enormous racket from which no convivial person is safe.

GIGO: Garbage in garbage out. How come I’ve never heard this before? It’s very handy.

jive-ass: I read this one and immediately thought of the scene from “Airplane!” where Barbara Billingsley translates “jive” from two black passengers speaking in what used to be known as jive. In fact, the dictionary describes jive-ass as a person who loves fun or excitement. So I’m a jive-ass! I hope you are, too!

kvetch: I would have thought this Hebrew word was as old as Moses. I guess not. Maybe it was against his nature for Moses to kvetch.

monokini: Never heard of it? Me, neither. It’s a one-piece beach garment or swimming costume worn by women or girls; half a bikini. Let’s bring this useful one back.

motherfucker: Oh, boy. See, the OED includes all the great swear words, too. They were the very first words I looked up! Author Greg Olear wrote a really great book a couple of years ago called “Fathermucker.” Pure genius. Humans prove over and over again how creative we can be when it comes to expressing profane disdain for one another. So happy birthday, motherfucker! One more piece of mofo trivia: Grace Slick is direct a descendant of Mayflower Pilgrims and the first person to ever say motherfucker on live TV (the Dick Cavett show).

ninja: person trained in the feudal art of Japanese art of ninjutsu. Another one I mistakenly thought would have been ancient. If I was frivolous with my time, I’d delve into this one and a few others. Well, I mean more frivolous.

ooky: The only time I’ve ever heard this word meaning “unpleasant, repellent, slimy” used by adults is when it is sung in the theme from “The Addams Family.” And when did “The Addams Family" first appear on TV? 1964.

pat-down: Same meaning as it did last time you went through an airport. My first of maybe 200 travel stories I did for msnbc.com stemmed from my pitch about what people named Pat Downs think about pat-downs. It was a really fun story and I’m still Facebook friends with one very cheerful Arkansas woman named Pat Downs. I’ll link her story below.

picturephone: Today, they are ubiquitous, but the first picture phone was demonstrated as a see-as-you-talk call between the World’s Fair in New York and Anaheim, California. No mention if toddler Steve Jobs had anything to do with it.

Pop-Tart: A proprietary name for a flat, rectangular pastry with a sweet filling intended to be heated in a toaster. I’d have in college perished without the Pop-Tart. I like how that word has morphed into a pejorative description for young mostly female singers like Miley Cirus who are usually anything but flat.

pratfall: Geez, this word is only 50 years old? What word did they use to describe what Charlie Chaplin had been doing all those years ago?

sitcom: I’d love to coin a word like this. There are a lot of crappy sitcoms, sure, but good 30-minute sitcoms like “Taxi,” “Cheers,” “Seinfeld,” and “Curb Your Enthusiasm,” have provided me with some of my life’s most carefree moments. So we’ll always have sitcoms. Amen.

Skank: Yes, there were no skanks prior to 1964. Today, many singles bars are full of dorks and skanks. Progress? I don’t know.

skateboard: You now, I never owned a skateboard? I don’t feel deprived. I liked my banana seat bike.

skinny dip: Why this, a word to describe one of humanity’s most joyful activities, wasn’t around until 1964 makes me feel sad for all the people who came before ’64. I’ll link a skinny dip story at the bottom, too. And I’m using the word bottom purely for descriptive purposes and not to be cheeky.

superpub: Guaranteed, the dude who coined this word ended up in a few short years coming up with the word disco. A good pub never needed an upgrade. Pubs are super enough. A superpub described a once-decent bar with a dance floor and  strobe lights. I’m glad I never hear anyone enthusiastically describe my favorite hangouts as superpubs.

TV land: Not the network, yet. This referred to the state of mind. I remember the first time we learned our cable was broadcasting TV Land was Christmas Eve, I swear, in about 1998. Val was fulfilling her duties as church organist for the late service. She came home around 10 p.m., snatched the remote from my hands and started flipping through and -- lo and behold -- found “Bewitched” playing behind the little TV Land logo. We watched nothing but that channel for the next four years.  I still remember that as the night of Val’s Christmas Miracle. I don’t think I’ve ever seen her happier.

yuck: This word is just 50 years old? C’mon! Picky babies have been saying this since the shortly after the very first pea harvest.

What Pat Downs think of pat-downs

Word Quest: My mission to land a word in the dictionary

Chris, I'm a word-freak also, though I have never sprung the big bucks for the OED. I have many heavy word books, though.
Entertaining column!

Love those words! Thanks, Joe! Appreciate you taking the time to read. I left a note over at the Joe Zone with a book recommendation.