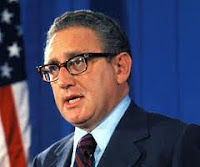 The diplomat in me discerned a rhetorical breakthrough in the Afghani protests over the wanton slaying of 16 of their innocents.

Less careful observers probably thought it was more of the same revenge-minded rage from a people so adept at revenge and rage it’s surprising the nation’s not populated by smoldering piles of ash.

Of course, in just the past six weeks we have given them plenty about which to be outraged.

Our soldiers have urinated on their dead, we’ve set fire to their holy books and now one of our soldiers has gone and massacred 16 innocent villagers, mostly women and children.

The diplomat in me instinctively scolds tsk-tsk.

It’s important to point out now that these incidents have been inflicted upon our allies, not our enemies. We’re de facto teammates in the larger cause.

It’s a fine point, sure, but diplomacy sometimes entails hair-splitting.

What’s interesting to me is I’ve seen a subtle breakthrough in the sloganeering howls of the mobs who’ve been burning our flag and effigies of President Barack Obama -- and I understand half of you are perfectly cool with the latter.

Here’s where the Kissinger in me emerges -- and I mention Kissinger because I love a diplomat whose name begins with “kiss.”

“Death to evil American savages!” is a much more nuanced declaration than the evergreen “Death to America!” And, better still, it’s something behind which most of America can unite, at least those of us who are not evil savages.

I just hope the protesters behind the sentiment can help us differentiate between the truly evil savages from the ones who are merely savage. Perhaps the tip-off has something to do with using the wrong fork during the salad course.

It seems like we’re watching a slow-motion tragedy, a more gruesome version of Brett Favre’s retirement.

We’re there with the best of intentions. We went there to kill the people who were killing us and to keep them from killing each other so they could maybe have a chance at a kill-free breather.

Now, these random and senseless killings -- as opposed to all the sensible ones -- have the Afghanis saying family honor requires deadly revenge for this soldier’s actions, as if a host of eye-for-an-eye killings will teach the rest of us a really good lesson.

Personally, I don’t see what I have to learn from further killing.

All of America is saddened by this massacre. If we could make it right we would. If we can prevent it from ever happening again we will.

I wish we could detect the savages among us and eliminate them before they eliminate us or so other savages might think twice before crossing over to evil.

But there’s no deterrent to evil. We’ve killed it before, many times, and it always re-emerges like spring daffodils.

So I hope my instincts are correct and that the people who are justifiably furious and grieving over our isolated misdeeds put as equivalent moral weight on the good done by so many have as they do on the bad done by one.

None of us want to blindly kill what is good. But even prancing pacifists like me can get behind the cause of killings with good cause.