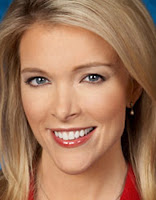 I don’t know why I always feel compelled to leap to the defense of one of the world’s strongest news organizations when my own daughter thinks there are at least three third graders in her school who can kick my ass.

Maybe in a fair fight, they could. Poor kid. She’s too innocent to realize Daddy fights dirty.

I’d like to see a fair fight between what to me is one of the greatest news organizations on the planet and one that continues to amaze me with its reprehensible “journalism” that is revered by millions of news consumers who somehow still think it’s reputable.

I’m talking about a smackdown between Fox News and National Enquirer.

And guess which one of them are the good guys?

If you guessed Fox, I’ll give you another guess. If you’re a true Fox believer, then I’ll probably have to give you two more.

Now, this isn’t about their slanted and hysterical coverage of Democrats, RINOs or whether or not Barack Obama is really a Muslim tourist bent on becoming America’s first czar.

I’ll leave that narrative to Jon Stewart who brilliantly deconstructed the whole charade for Fox News dissembler Bill O’Reilly in an interview that was so heavily edited it needed YouTube resuscitation to save it from suffocating.

No this is about journalism, something I know a thing or two about. Despite all my self-deprecations, I have some bona fide credentials in that realm. I’ve worked for many of America’s top magazines and am currently teaching the subject to a bright collection of graduate students at Point Park University in Pittsburgh.

It’s my job to illuminate for them the opportunities a career in journalism affords. I tell them about my work in big city newspapers and high profile bylines for the dozens of still-thriving magazines.

And I tell them that the very best of the bunch regarding fact-checking, reporting and the joy of pure storytelling is National Enquirer.

From 1992-2000, I did more than 1,000 swashbuckling human interest features for America’s most notorious paper. They get a kick out for my first person features like the time I gained 20-pounds eating like Elvis for a week, or about my days spent dressed as a homeless man with a “Will Work For Beer!” sign to see how people react to honest bums.

I tell them about the awards I won for my stories about how botox is changing the lives of dystonia patients and how victims of fundamentalist Mormon cults led by the now convicted Rev. Warren Jeffs said my stories for Enquirer were better than those by The New York Times.

I tell them how excited I was when I found a really great story like the one about the armless woman who drove, cooked, and worked as a secretary who typed 25 words a minute -- with her feet! I remember how crushed I was when an editor told me the story didn’t make the demanding cut. I couldn’t believe it and asked how come.

I refute all their agitated contentions about stories involving aliens, Batboy and babies born with wooden legs by assuring them those are headlines from rival tabloids.

I don’t mock them for their ignorance. There’s no reason they should be expected know any better.

Not so for Megyn Kelly, host of Fox’s afternoon “America Live.” Her show was on in the newsstand where I’d stopped for magazines before last night’s class. She was talking to media critic Bernard Goldberg about the Enquirer being eligible for the Pulitzer Prize for its investigative work detailing the sordid affair of John Edwards, a story the entirety of the mainstream media missed, including Fox.

As a de facto media critic myself, I’m used to mainstream media types being stunned at getting beat by Enquirer on national scandals involving -- pick one -- Tiger Woods (sex), Rush Limbaugh (drug addiction), Drew/Scott Peterson (murder) or O.J. Simpson (all of the above).

But what surprised me was Kelly’s palpable outrage -- it must be a job requirement to host at Fox -- that the Enquirer was being considered for the prestigious award. Then I became furious at her reasons why.

“I’ve read National Enquirer,” she said. “Here’s some of their recent headlines: ‘Loch Ness Monster Found!’ ‘NASA Confirms Alien Footprints on Moon!’ Now are those the types of articles worthy of a publication being considered for journalism’s highest honor?”

Saying that is like saying the Enquirer wrote that Elvis is alive. The largest selling Enquirer ever had a cunningly acquired picture of The King in his coffin. They’d never refute a banner issue that sold more than six million copies. They had for a while a million dollar bounty for anyone who could find an Enquirer story saying otherwise.

It makes me wonder what else Fox lies about with such smirking ease. I’d watch to find out, but fear doing so might lead to so much palpable outrage I’d qualify to host one of their misleading news programs and I’d eventually be forced to attend company soirees with loudmouths like O’Reilly and Glenn Beck.

I’d been gushing to my students so much about Enquirer that I did something last week I hadn’t done in nearly 10 years. I started looking for story ideas that might again earn me an assignment from a magazine I revere above all others.

It’s my goal to have a byline in the issue trumpeting the news that the National Enquirer is the recipient of the Pulitzer Prize.

Now if I can just find an armless woman who can type 90 words a minute with her feet.
Posted by Chris Rodell at 2:14 PM

I'd ask her to give me lessons, as my hands aren't as quick as that, and my feet might manage to type faster! LOL

Can you juggle, too? Combine toe typing, juggling and perhaps tooting on a harmonica all at the same time and you might really have something there, Jinksy!

"And I tell them that the very best of the bunch regarding fact-checking, reporting and the joy of pure storytelling is National Enquirer."

The National Enquirer has been SUED FOR LIBEL so many times over the years -- and LOST several big ones (Remember Carol Burnett? Remember Kate Hudson?) -- that it should not be eligible to be even nominated for a Pultizer Prize.

It's not eligible anyway: It's legally a magazine, not a newspaper (So ruled the judge in Carol Burnett's libel suit), and only newspapers are eligible for Pulitzer Prize consideration.

Yes, that's my story and I'm sticking to it. In my experience regarding fact-checking, reporting and the pure joy of storytelling the Enquirer is unsurpassed. Better than People, better than Playboy, better than USA Today, among the many with whom I've worked.

As far as lawsuits, Carol Burnett sued and won in 1981, long time ago. She won just $800,000 and that was further reduced when it was settled out of court.

Kate Hudson never won a dime from them. She got an apology and that was from the UK National Enquirer, and had nothing to do with the red, white & blue.

As far as their eligibility, the Pulitzer committee begs to disagree with you. The committee is the one that ruled they are eligible.

Thanks for your feisty comment. I'm glad someone's fact-checking me.