Of mice and mice 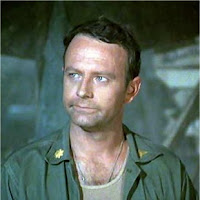 The hardware store exterminator showed me an array of medieval killing devices. I could poison the little beasties. I could lure to them to glue traps where they’d be frozen in place until their tiny hearts burst, or I could sever their spines with one frantic blast of sprung steel.

But Burt back at the hardware store probably could have already told you that.
Posted by Chris Rodell at 12:21 PM

Although I really pity those cute rodents, seeing them face to face is enough to give me a heart attack. But I still do not agree to killing them using those brutal medieval mice-trappers. Once my brother used fly trap and lured them with a bit of cheese and it worked. But I really pity the lone tiny mice that got stuck and eventually died on it.

Hey, thanks Angie and B.P. Caught another one last night. That's no. 9!

I don't want to kill 'em either. That glue trap death sounds terrible.

Not the way I'd want to go.