Tweets of the (last two) months! 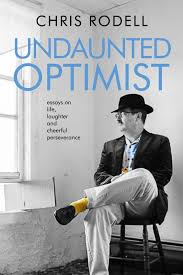 • I’m a law-and-order guy who believes not until all the laws are equitably applied to all the people can true order ever be enforced or expected.

• Any man who says he's his own worst critic is either single or delusional.

• With National Nude Recreation week one month away, I think it's time to issue this reminder: A game of 8-ball played by two naked men is still called 8-ball.

• I’d like to hear a canine translation of what dogs say to other dogs when they discuss how humans package food. "So she left this box of Pop Tarts on the table. I jump right up there, but the Pop Tarts are wrapped in foil that's inside pressed cardboard. I was so pissed. I mean, what do you do if you need a Pop Tart, like, right away?”

• I’m beginning to long for the days when what passed for coherent GOP strategy started with, "Now, let's hold on and first hear what Sarah has to say …"

• Foot Facts — The average person takes between 8,000- and 10,000 steps a day. That adds up to 115,000 miles in a lifetime — four  times the circumference of the globe. Question: if for one day we all together walked toward the rising sun, could we reverse time?

• Many are saying they're avoiding social media. Too divisive. Not me. I check it every 10 minutes to see how many more of my jackass friends used the 10-week quarantine to become constitutional scholars.

• Question: If a surgeon botches a boob job can they still call it a real bust?

• The next great American spectator sport will involve people who revere Donald Trump erecting statues of Donald Trump  and trying to defend them from being destroyed by protestors who despise Donald Trump. Question: Which band or artist should be tabbed for the Bridgestone Halftime Show?

• Do you remember when your biggest concern was that some minimum wage grocery store clerk would benignly wish you Happy Holidays instead of Merry Christmas? Ah, the good ol' days …

• Proper mimes can be safe, but never sound.

Q: If they fought a battle between all the FB friends you genuinely like and all the ones you secretly don't, who'd win?
A: No one. It’s a trick question. You should genuinely like ALL your friends!

• Happy #bobbybonilladay. It was Bonilla, a Pirate in '91, who inspired one of the all-time great perspective quotes from Bucco manager Jim Leyland. Bonilla said $24 million offer wasn't enough and he had to "take care" of his family. Leyland said, "Hell, for $24 million he can take care of Guam.”

• Our greatest frustrations stem from when we demand protection from those incapable of providing it.

• Because we're all under some pressure to balance the language and be more even handed, I intend to spend the day thinking of whom I can accurately describe as a "daughter of a bitch." Then I'm going to start working on a book I'll call "Famous Sons of Famous Bitches!"

• I almost made the mistake of responding to a friend's sweet compliment by declaring she's " too kind." Too kind? In a weary world where many people are mean from their toes to their teeth, no one can ever be "too kind." From today on, I bask in any surplus kindness. Bring it!

• America being torn apart over removal of Confederate statues. What's next? Will Germans commence removal of all their Hitler park statues?

• When I see the family wreckage that often results from excessive money and the resulting greed, by God, I'm proud to be poor. That feeling persists right up to the moment the Xfinity bill arrives.

• Cynics say we're destined for another Civil War. I say no way. There was no Facebook in the 1860s so there were no angry exchanges, cruel put-downs and mocking disdain that make being small-town neighbors so tough. Civil War? This has all the makings of an Un-Civil War.

• Congratulations Facebook, now entering your 17th year of letting the most reckless among us to ascribe the worst of our political enemies to people we once considered our best of friends.

• Until there's, say, an Attila The Plumber or an Attila The Uber Driver, I believe it's unnecessary to refer to the 1st Century ruler as "Attila The Hun." There's only one Attila. And does anyone know even one Hun? Anyone who's a little bit Hunnish? A l’l Huny.

• At one time and to even the leading scholars of the era, even The Dark Ages were considered "Modern Times."

• I’m at first gratified that today in America we are taking meaningful steps to end racial inequality, but then become incredulous when I realize it's 2020 and America today is 244 years old.

• In 1996, Tom Petty and Johnny Cash, two icons worth a combined $190 million, came together to make an album called "Unchained." That they didn't call it "Petty Cash" is to me a bitter disappointment

• So, the Invisible Man eats a visible hoagie. At what point in the digestive process does the hoagie disappear?

• ”... and on the seventh day, He rested." See, God may have created Heaven and Earth, but in His infinity wisdom He knew better than to create a lawn that would need mowing every Sunday.

• It’s rare to find an ice cube that's actually cubic. In fact, most ice is rhombus shaped. It's ironic, but saying ice rhombus wouldn't sound cool even though it's all ice ... Had to get that off my chest.
.