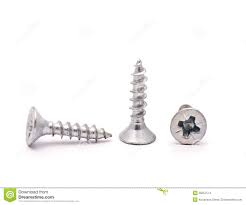 Many supportive friends are asking if my Arnold Palmer book is for sale this week in the Bay Hill pro shop for the PGA’s Arnold Palmer Invitational. They wonder this because they think I’ll sell a lot of books and I’ll make a lot of money.

Well, it is not for sale.

I should have concluded things between me and the Bay Hill poobahs were going to crater when my Dec. 18 confetti shower of happy affirmatives was torpedoed by bottom-line hostility.

Here’s exactly what I said that day to Bay Hill director of golf Brian Dorn:

“Merry Christmas, Brian! I’m Chris Rodell. I want to thank you for selling my book and see if you’d like a signed copy as an expression of my gratitude.”

Now, if you boil that 29-word sentence down to its essence it comes down to this:

That’s five holiday positives sprinkled amidst two non-confrontational facts. Who wouldn’t welcome a call like that?

Brian Dorn, that’s who. Here’s exactly what he said in reply:

“Well, we’re not selling your book. We’re packing them up and sending them all back to you. We don’t want them.”

Now, let’s break that one down:

Later on I wondered if maybe he’s prone to vanity and hadn’t gotten over a bad haircut. Who talks like that? And in response to so much Christmas cheer?

I was taken aback. Floored. Destabilized. Unsettled. My flabber had been gasted.

I’d carefully signed each of the books specifically to Bay Hill golfers. If returned, I’d have to rip those pages out. The books would be damaged goods. In the balance was $600 worth of product.

Why would he do that?

A little perspective: I’m not privy to how much Bay Hill earns for Arnold Palmer Enterprises, but seared into my brain is a Forbes Magazine article that claimed Arnold Palmer brand Arizona teas earned the business concern $40 million in the year since its namesake’s passing.

What did I make last year? I made just enough money selling books to buy more books to sell so I could afford to buy more books. It’s a diabolical business cycle that keeps you chugging along on the treadmill until you expire from either insanity or cardiac arrest.

So, okay, they’re not making any money off me. I can change that. Caught completely off guard by his wanton hostility, I cave and give up nearly my entire profit margin and say he can have them for $10 each.

He agrees and in my mind, I envision him at the end of the day lighting fat cigars with hundred dollar bills and boasting to his buddies about how he bullied a struggling writer over what to him amounts to chump change.

Still, they now had 40 signed copies of my book beautifully displayed next to some Bay Hill decorative candles. I was so grateful I sent him a chummy thank you note saying I was happy we’d reached an agreement (he’s yet to respond).

And when I reached out to the friendly merchandiser who’d arranged the initial purchase (and agreed to the $15 price), she stopped responding, too. What happened?

I suspect somebody read the book.

See, the book is unabashedly pro-Latrobe. The one-sided boosterism is heartfelt. I love the town and the people. So did Arnold Palmer. He could have been pampered in palaces around the planet, but he chose to live right here with guys just like me.

And there’s always been an us-versus-them attitude between Latrobe and Orlando, best summarized by the line (p. 94), “As news of Palmer’s death was spreading, it wasn’t uncommon to hear neighbors express a tasteless relief that, gee, if he had to die, at least he did so close to home, as if Orlando was behind enemy lines.”

The book includes pointed gripes about how after Palmer’s passing Bay Hill decision-makers fired/laid off/retired his long-time office staff and closed the landmark HQ; closed the car dealership (laying off 30 employees weeks before Christmas); and other things riling up the hometown.

I make no apologies for any of this. Let some other writer compose an ode to the joys of Orlando. I’m sure Brian Dorn will be happy to promote it (as long as he’s getting an ample cut).

If anything the book takes the high road. I wrestled over whether to include a chapter based on the bitter link below, “The day Arnold Palmer’s people offered me a $70K job.” It’s me lecturing APE executives on proper business ethics. It’s among the most surly things I’ve ever written. I hope you’ll read it.

But I think Dorn is being short-sighted because my book isn’t a pair of slacks. It’s not a shirt with a Bay Hill logo stenciled on the sleeve. It’s not a candle.

It’s a glowing tribute to a man revered equally in Latrobe, Orlando and around the world. Super Bowl broadcaster Jim Nantz says it is “the best book anyone’s ever written about Palmer” (he’s right).

It’s a book that enhances the legend of the legend men like Dorn rely on to keep those precious paychecks coming in.

I haven’t had a steady paycheck since 1992. The path I’ve chosen is difficult, good pay elusive, but the soulful intangibles are so joyful I’ll never quit. Never.

I’ll toil ever-onward convinced that one day soon the fates will reward my cheerful persistence with a book so beloved even places like the pro shop at Bay Hill will clamor to sell it.

And I’ll go to my grave believing it’s better to die broke than live broken.

I just wish life didn’t seem so intent on having me prove the theory.